Ena Dung, 77, was found dead in her bed with broken ribs, a broken breastbone, open sores and lying in her own waste in January 2015.

Crown prosecutor Natalie Walker told jurors in the High Court in Auckland that they could be forgiven for thinking the 77-year-old was living alone.

But Ms Dung was living with her daughter Cindy Taylor, her landlady Luana Taylor and her landlady's husband Bryan Taylor, in their Manurewa home in January last year. The live-in owners of the house, Luana and Brian Taylor, are not related to Cindy. 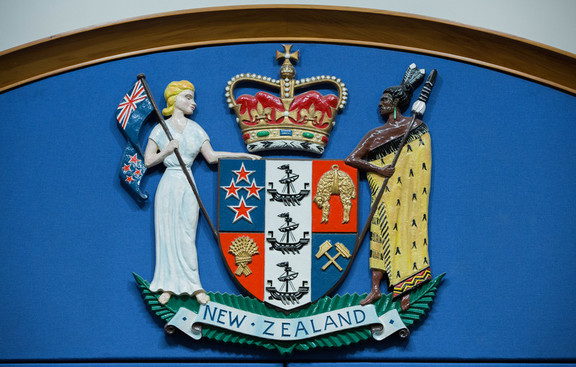 There was food in the cupboards, and a working landline but, despite that, the Crown said Ms Dung was left in a T-shirt, to starve to death in a room with closed windows and full of flies.

Cindy Taylor is charged with manslaughter, accused of failing to provide food, water and medical attention, while Brian and Luana Taylor are accused of knowing the danger Ms Dung was in and doing nothing to help her.

The Crown said this case was one of gross neglect by all three accused.

Ms Walker said there was a strong smell of urine and faeces inside Ms Dung's room. There were plates of uneaten food, the windows were closed, despite the January heat, and there were flies in the room.

Ms Walker said when Ms Dung died she weighed as little as 29kg. Medical records showed she had weighed over 70kg in the past.

She said Luana Taylor only made a 111 call after Ms Dung was dead and it was done for appearances' sake. During the call, the three accused refused to follow the instructions of the 111 call-taker to give CPR, and Luana Taylor ended the call by saying giving CPR was against their religion.

Ms Walker said authorities first on the scene found Ms Dung lying on a green tarpaulin, she was wearing only a T-shirt and lying in her own waste.

She also detailed additional charges against Cindy Taylor, who has been accused of misusing her mother's EFTPOS card and spending her pension after Ms Dung died.

She has also been accused of using her dead uncle's card and withdrawing his pension.

In total, the Crown said she took over $37,000, withdrawing the money fortnightly as their pensions continued to be paid.

The jurors hearing the case have also heard from the ambulance staff who first responded.

Paramedic Tristan Sames said there were open sores on Ms Dung's body and a strong smell of urine.

He described her as looking emaciated and said her bones were visible through her skin.

Another officer, Lance Hill, has over 20 years' experience, and told the court the scene made his eyes hurt. He described her as looking like a scarecrow and appeared to be just skin and bone.

Cindy Taylor's lawyer, Peter Kaye, told the jurors that, although the photos were disturbing, they must not let prejudice cloud their judgement.

He took the jurors through what the Crown had to prove: the elements of the charge.

Mr Kaye said they would have to decide what the standard of care was for a reasonable person; whether Cindy Taylor did or did not provide it; and whether that caused Ms Dung's death.

Luana Taylor's lawyer, Maria Mortimer, said her client was in a wheelchair and lived in a separate part of the house with her husband. She said, being wheelchair-bound, Luana Taylor relied on care from her husband and could not also care for an elderly woman.

Brian Taylor's lawyer, Louise Freyer, said her client had no frequent contact with Ms Dung and did not know that Cindy Taylor had not cared for her mother.