Using an old prison in Auckland's Mt Eden for emergency accommodation has been dismissed by some, but campaigners say rejuvenating old buildings is an idea with merit. 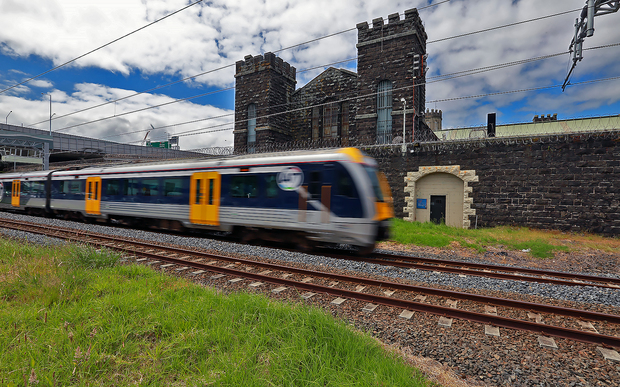 Auckland iwi leader Naida Glavish, who has just renovated the old Kaitaia Hotel to house the homeless, has said a similar thing could be done with the prison.

Once home to about 450 prisoners, the Victorian-era prison, on prime real estate close to public transport and in the Auckland Grammar zone, lies unused.

When its replacement was announced in 2008, the then-Corrections Minister Phil Goff suggested part of the building could become a museum.

That has not happened and its future is still undecided.

Ms Glavish of Ngāti Whātua chairs the trust that turned the old Kaitaia Hotel into accommodation for homeless whānau.

She said a similar thing could be done at the unused prison.

"It would be a good backpacker's, being right on the railways, and it's got about 400 rooms. So there is an immediate solution that could be worked on."

NZ Coalition to End Homelessness co-chair Corie Haddock said something definitely had to be done to help the city's homeless.

"I think the reality is that people don't realise how many people there are homeless and we need accommodation for people. It's that simple."

But he said using the old prison would be costly.

"You'd have to spend significant amounts of money to refurbish it, you'd want to get rid of that prison feel, wouldn't you?"

"Not all, by any stretch of the imagination, but certainly some homeless have had experience of that place when it was working and, having visited it a few times myself, I would struggle to imagine how I would get a good night sleep there."

He agreed a "good dollop" of money would be needed to bring it up to scratch.

However, he said the notion of renovating old buildings was a really good idea.

"It's certainly been done all round certainly the Western world and places that I've visited.

"I'm thinking of one in New York - a place called Common Ground, which is a magnificent place for homeless people where an old hotel close to being pulled down about five minutes from Time Square was bought by an interest group and developed into homeless accommodation."

But turning the old Mt Eden prison into housing would not be straightforward.

The Department of Corrections said the old prison buildings were within the confines of the new correctional facility.

"This is an operational high-security prison and accommodating other members of the community at that site brings substantial security concerns," northern regional manager Jeanette Burns said.

The old prison was registered as a Category 1 historic place by Heritage New Zealand, she said.

"Construction was completed in 1882, to building standards that were different to what they are today.

"Without significant and lengthy investment including upgrades to fire and seismic compliance, this would not be a safe environment to use for housing members of the community."