Hoyts Cinemas New Zealand has apologised for its promotion of the latest Ghostbusters film, saying it was sexist and out of date. 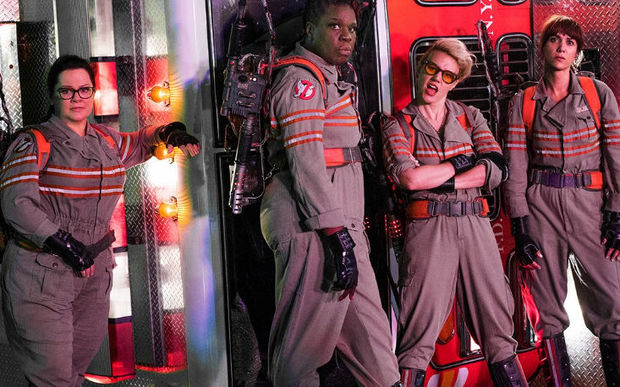 Earlier this week the cinema chain posted on Facebook about the movie, saying "It may be full of girls, but we can assure you that anyone who watches this brilliant reboot of #Ghostbusters will leave with an impressive set of abs after 116 minutes of laughter."

The Ghostbusters film, a remake of the 1984 original, features a female-led cast, including Kristen Wiig, Melissa McCarthy, Leslie Jones and Kate McKinnon.

The updated post was again criticised for failing to mention any of the female cast. 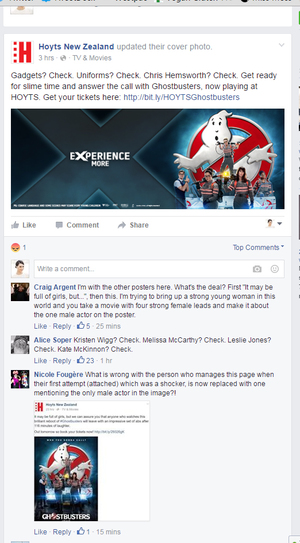 Responses from Facebook users included this one from Amy Cooper: "I think I'll go see it at a cinema chain that doesn't try to demean or erase the movie's female cast, thanks."

Hoyts New Zealand this afternoon posted an apology for the comments: "The HOYTS team would like to apologise for the posts which were sexist and out-of-date. We accept the posts were ill-judged. We also want to apologise to anyone who has taken offence and that the posts are not a reflection of our beliefs or values."

Auckland comedian Tim Batt was among those who used social media to criticise Hoyts. He said, as part of the comedy community, it was very important to call out the absurd notion that women weren't as funny as men.

"It's such a strangely pervasive viewpoint... it's really important to call that out when we see it."

Mr Batt said it was great that Hoyts had apologised, as it was very easy for companies to delete posts that were criticised.

In a statement, Hoyts New Zealand general manager Matthew Garelli said the company would be using a more rigorous process to vet its social media content in future.