Veteran activist John Minto will run for the Christchurch mayoralty and has vowed to abandon asset sales if elected.

Mr Minto is the only person so far standing against incumbent Lianne Dalziel.

As well as abandoning the current council's plan to sell $600 million of assets, a Minto-led council would bring in free public transport and build 1000 affordable council owned rental homes or rent to buy houses within three years. 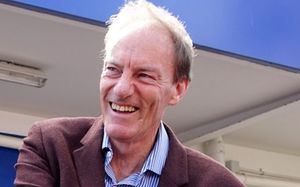 It would also introduce a living wage for council employees or council contractors of just over $19 per hour, he said.

Mr Minto said the mayor was keen not to talk about asset sales ahead of the election and the reason he was standing was to try to shine a light on the issue.

With reference to the government's rebuild of the central city Mr Minto said he wanted a people-oriented Christchurch rather than a corporate-oriented city.

Mr Minto was vice president of the Mana Party at the last election, stood for mayor Auckland in 2013 and has had a long history of activism including leading protests against the 1981 Springbok Tour.