The Accident Compensation Corporation is defending its decision to form a joint venture with Serco to build and run Wiri prison, despite the British-based company being on a list of banned investments. 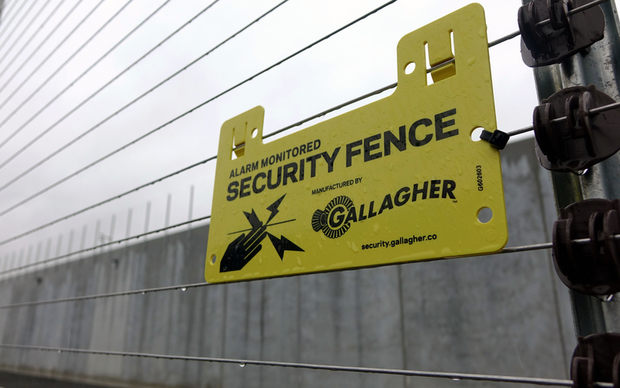 ACC, which has a $33 billion investment fund to pay for the medical treatments it provides, invested in 2012 with Serco Group and two others to create Secure Future Wiri, which would build and run the prison, which is now known as South Auckland Correctional Facility.

This was despite Serco being on ACC's investment exclusion list since May 2008 because of its involvement in nuclear arms.

Serco was involved in a joint venture with the British government to run some of its nuclear bases and ACC has a policy not to invest in companies with connections to the manufacturing of nuclear arms.

However, ACC told RNZ that investing in a joint venture with Serco was not the same as investing in the actual company.

"We invested in a company in New Zealand of which Serco was a shareholder. This company is entirely its own entity, completely separate from its shareholders' other business interests," an ACC spokesperson said in a statement.

But the fact Serco was a banned company was considered, it said.

"When ACC was considering joining the Secure Future consortium, we gave thought as to whether Serco's presence on ACC's ethical exclusion list was a reason for not investing. We did not think that it was a reason to exclude investment, as ACC's investment would not involve any exposure to nuclear weapons. "

"ACC excludes investment in Serco because of Serco's ownership of a partial shareholding in the joint venture that maintains Britain's nuclear weapon facilities. Some of the functions that this joint venture undertakes could be regarded as participation in the manufacture of nuclear weapons, which is the reason why we placed Serco on ACC's ethical exclusion list," it added.

Labour Party ACC spokesperson Sue Moroney and she was surprised to learn Serco was on the exclusion list.

She said ACC's decision made no sense.

"Clearly ACC have had some concerns about it themselves because they were worried about it enough to ask themselves the question about whether investing alongside an unethical company, as they call them, was the right thing to do.

"I think they asked themselves the right question but they came out with the wrong answer," she said.

New Zealand First leader Winston Peters believes ACC may have been under pressure from the government to press ahead with the investment.

"There's nothing else that could explain such a silly decision," he said.

"What other reason could there be for ACC to involve itself in this sort of investment given the other much safer and better investments available?" he said.

Winston Peters says ACC may have been under pressure from the government over the investment. Photo: RNZ / Alexander Robertson

Responsible Investment Association of Australasia chief executive Simon O'Connor said it was standard practice for many investment funds to exclude buying shares in a particular company, but still do business with it in other ways.

However, there was a risk in doing that as the public did not often differentiate between those different types of investment, he said.

"It is important that investors understand that the way the public comes to this is somewhat different to the way investors see it, and there will be higher levels of expectation and scrutiny of those kinds of investments," he said.

The fact ACC and the Super Fund were not allowed to invest in Serco begged the question why the government would do business with the company at all, Ms Moroney said.

Investment research company CAER's chief executive Duncan Paterson, which researched and monitored the ethical performance of companies, said it could be tricky for governments to totally exclude doing business with a company, especially if there was only a few to choose from.

In ACC's case, its decision to invest with Serco might have backfired, he said.

"The interesting thing here is one of the risks they would have looked at was potential knocks to their reputation and given as how we're talking about it on the radio it sounds like that particular risk has come home to roost," he said.

Mr O'Connor said the public were increasingly aware of, and scrutinising, investment in unethical companies.

He warned investors and governments risked their reputation by doing business with companies like Serco.

The prison, Auckland South Correctional Facility, opened in May 2015.

Serco said it always planned to exit the joint venture after the prison's first year of operation. It still held the contract to run the prison until 2040.

The Department of Corrections also defended its decision to contract Serco, despite two government agencies banning investment in the company.

The Super Fund excluded investment in Serco in 2013.

"We carry out in-depth and robust due diligence process prior to engaging in contractual arrangements with suppliers," a Corrections spokesperson said.

"We don't have our own specific list of companies that we won't work with, however we consult extensively with the Ministry of Business, Employment and Innovation."

The Ministry itself said there was no government-wide list of companies that were excluded from government procurement process for ethical reasons.

"One of The Five Principles of Government Procurement is to 'Get the best deal for everyone'. This includes making balanced decisions regarding suppliers which take into account the social, environmental and economic effects of the deal," a statement explained.

"Individual agencies have the flexibility to determine what this means for themselves (as appears to have been done by ACC and the Super Fund)."