The helicopter firm involved in a crash at Fox Glacier that killed seven people has surrendered its operating licence. 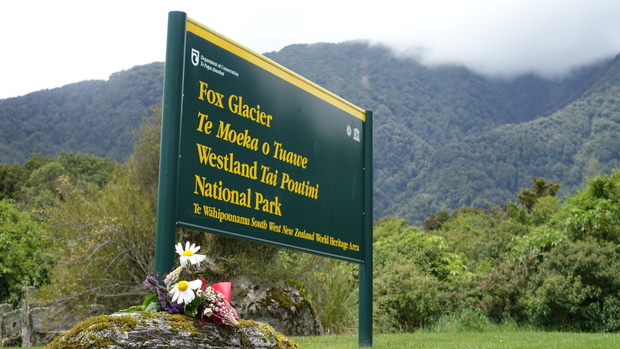 A single bunch of flowers by the entrance to the Fox Glacier on 26 November 2015. Photo: RNZ / Sally Murphy

The Squirrel-type helicopter, which had six tourists and a New Zealand pilot on board, crashed after taking off from the glacier in November last year.

The Civil Aviation Authority suspended the operating certificate of James Patrick Scott, the owner of Alpine Adventures and Fox & Franz Josef Heliservices, in May, due to questions about the safety of the operation.

The authority today confirmed the licence had been surrendered.

It has filed health and safety charges against the company, and the case is due to be heard in the Greymouth District Court next month.