Teams rather than individuals should be the focus on demands for more public data on medical procedures, a leading health quality and safety expert says.

A debate is under way as to whether data on how well individual surgeons do their job should be released, as it is in some other comparable countries. 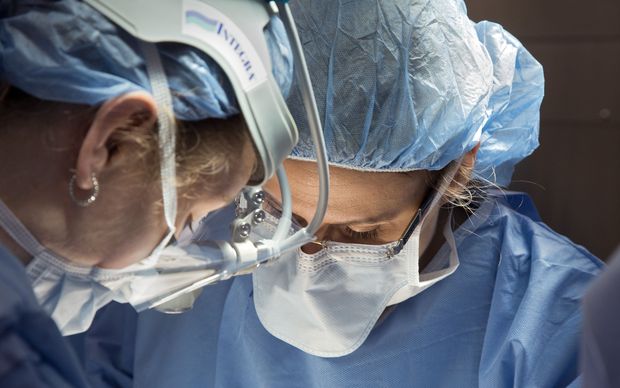 Pressure rose a notch today with the release of a report published today (PDF, 762KB) by Ombudsman Ron Paterson about the subject, in response to a media request for information.

He looked into a request by a journalist for sensitive surgical complication data about individual surgeons, including the number and type of procedures they performed, and standardised and crude rates of major complications, readmissions and deaths.

Professor Paterson said New Zealand lagged behind other comparable countries in not disclosing such information, and urged authorities to start publicly reporting meaningful data by 2021.

The Health Quality and Safety Commission also recommended in March that data on individual surgeons would be statistically unsound and reports should be provided on teams instead.

"And frankly it depends on the hospital management's willingness to actually support the team with the resources that are needed."

Professor Merry confirmed the commission's stance that a better approach would be to provide public information at a team or unit, rather than individual level.

That could be backed by non-public internal district health board processes designed to identify any individual surgeon who appeared to be performing below the required level, he said.

"The hospital boards should be required to attest to internal processes of review that ensure that all those aspects of all those practitioners that are involved with patient care are actually being credentialled adequately to ensure that they're working at an adequate standard."

Professor Merry said he believed the public would be satisfied with that approach, and that they could get care that was safe and up to standard.

'You need to look at teams in medicine'

He said surgeons were central to care, but so were many others, and the future was all about teams.

"An obvious example is when a patient has an operation. Of course the surgeon is critical to that, but so is the anaesthetist, so are the surgical scrub nurses and other nurses in the room, the anaesthetic technicians, the recovery staff, the ward staff etcetera.

"You need to look at teams in medicine."

Dr Clark said he believed DHBs could find a way to provide more transparency at some level by the proposed 2021 deadline.

"I'm sure we can start doing it well before that even, but the key will be step by step, starting small, doing it well, building it up over time, assessing what we're doing."

He said it was not clear yet exactly what information should be released, and it was vital the public had a say.

"Gathering this data is actually very complex and difficult, so we have to work together on what's going to be of the most value and particularly what the public and patients want to know when they've making these decisions."

Dr Grayson said discussion was well under way about how it should be tackled.

Medical Council chair Andrew Connolly said earlier today that releasing more information on outcomes would be a sign of a maturing health system.

"They [patients] need to know the things that actually are important for them to make a decision."

"So, they need to be reassured that their doctor is competent, they should reasonably expect to know that the system they are in has done this operation before, treated patients that are in this condition - or not - and they should have a fair idea of 'what is this treatment going to leave me like'."

However, he agreed a focus on mortality rates or a "rate-my-doctor" approach would be unhelpful.

Mr Connolly said the debate around what data to release should be expanded to treatments and what they mean for people.