Work and Income is owed $180 million from former and current clients who have defrauded the system - and that amount has doubled in five years.

Figures obtained by Checkpoint with John Campbell provide a breakdown of all debt owed to Work and Income, worth over $1 billion.

The figures show the proportion due to fraud is increasing - however, it is still less than 15 percent of the total amount owed. 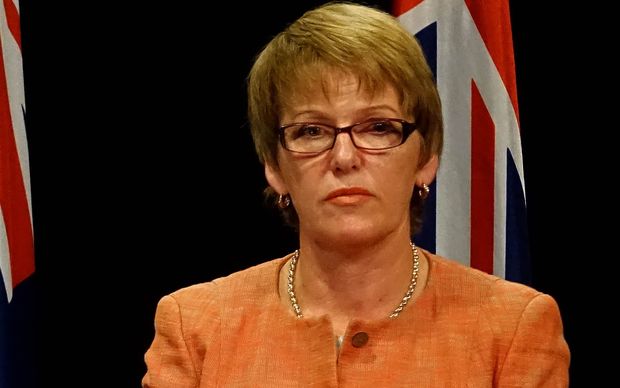 Figures provided to Checkpoint with John Campbell broke that figure down into three categories.

Most of the debt was for accidental overpayments - when people had been paid too much, so had to pay it back - totalling $672m.

Recoverable assistance - money loaned to people for things such as housing and car repairs - made up a third, at $423m. 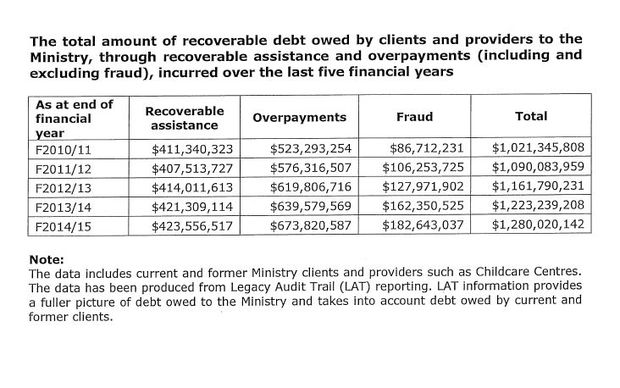 Acting Social Development Minister Jo Goodhew said the increase was because the government was getting better at catching overpayments - be they intentional, or not.

"So, data mining, information sharing and data matching," she said.

"Of course there has always been the allegation line, but some of the data side of things have definitely stepped up our ability to detect overpayments and fraud."

For example, she said if someone on a benefit went overseas without telling Work and Income, that would flow through to the Ministry of Social Development.

Ms Goodhew acknowledged, however, that she was concerned about people unintentionally falling into debt.

"It's a concern for me because I have a responsibility to the taxpayers of New Zealand, but it's also a concern to me because I know how overwhelming finding out that someone who's already on a low income, then has debt to repay, can be."

Labour MP Carmel Sepuloni said the increases across all three categories were worrying.

But she said the fact just 14 percent of debt to Work and Income was for fraud would surprise many people.

"The government have created the perception that there is a whole lot of fraud being committed and that's their primary focus," she said.

"But it seems that administration is one of the major areas here for where spend has been increasing, and I think we should be concerned.

"It doesn't feel like very responsible spending of our taxpayer dollars."

Ms Sepuloni said she had been trying to get a breakdown of how much 'recoverable assistance' debt was for emergency housing, but had so far not been able to.