Lives are being put at risk because people are too afraid to report suspected cases of child abuse, child advocates say.

Today, the father of 11-month-old Teegan Tairoa-Wichman pleaded guilty to killing his daughter in 2009. 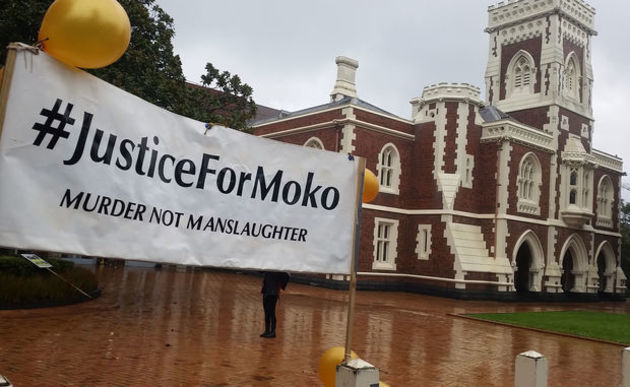 Yesterday, in a separate case, Tania Shailer and David Haerewa were sentenced to 17 years in prison for manslaughter over the killing of three-year-old Moko Rangitoheriri, who was in their care.

While Moko's death sparked outrage, child abuse prevention charity Child Matters said his death and others would not come as a surprise to those working in the sector.

New Zealand has the second highest rate of child abuse deaths in the OECD, with a child killed every five weeks.

Outrage at individual cases, such as Moko's, are in fact common. Rallies marking his untimely death were held around the country yesterday, as his killers were sentenced.

Child Matters general manager Jane Searle said the challenge was to keep the problem of child abuse at the forefront of people's minds.

Anyone worried about a child should not hesitate to report it, she said.

"There's just too much at stake for us to let our own issues around whether we should interfere stop us to make a referral when it could be the difference in a child's life.

"What I say to people is, if you feel there is something wrong then that is enough and if you are wrong then that's OK, but if you're right then it was really really important that you made that call."

Child advocate Christine Rankin agreed, but she said suspected cases were often never followed up because agencies were overwhelmed.

"Some people are hesitant to get involved and, look, it's never tracked back to them. If they do make a call, as I say, nine times out of 10 nothing happens anyway because our services are so inadequate."

The planned government shake-up of child protection services was taking too long and, in the meantime, more children would die, she said.

"These babies can't wait while a government department gets its act together. The reality is that our children are dying.

"We're number two in the world for murdering our babies - not so long ago we were number three and we've moved up into the number two spot. If that doesn't frighten New Zealanders, it really should."

The Australian state has committed more than $AU500 million to tackle family violence in the wake of a royal commission into the issue.

"There's all sorts of rather fragmented efforts to do that all over the place but there's not national consistency about it so it depends where you live as to what sort of system is being used."

In his preliminary report into Moko's death, Coroner Wallace Bain said he had made a number of very clear recommendations following Nia's death to ensure the circumstances of her death were never repeated.

He said the inquest into Moko's death would look at what steps, if any, were taken by those identified as having some responsibility in keeping him safe, and if those steps were adequate.