A rural family unhappy with the post-op care of their five-year-old child are still waiting to hear from the Whanganui District Health Board, a day after it promised it would contact them to arrange a meeting. 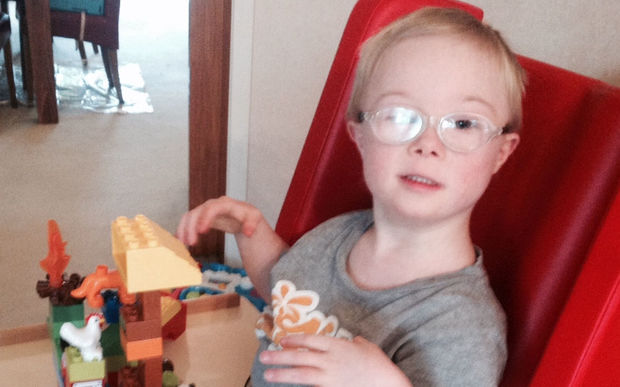 The Mikkelsen family are unhappy the help they have received for Anders from the Whanganui DHB. Photo: SUPPLIED / Phil and Deb Mikkelsen

Anders Mikkelsen is in a cast from his chest to his ankles after having a hip operation in Auckland.

He was discharged to the Whanganui DHB last month but his family, who live near Taihape, said his care had since been diabolical.

The board disputed some of the family's version of events but yesterday promised to contact them and arrange a visit to their farm to see what support they needed.

By mid-afternoon Friday, the family still had not heard from the board, Anders' mother Deborah Mikkelsen said.

Anders was released from hospital three weeks ago and an occupational therapist had never visited them, his family said.

They also said they had not been given proper equipment.

They had to buy Anders the correct wheelchair after the DHB failed to provide them with one, and now they wanted it to buy it from them, they said.

The DHB said yesterday it had offered to rent the right type of wheelchair for the family but Mrs Mikkelsen said they had never told her that.

There were several inaccuracies in the board's version of events, she said.

Whanganui MP Chester Borrows said he would look into whether the family needed assistance.

He said he expected that every person, whether rural or urban, young or older, able-bodied or otherwise was entitled to the best possible outcome from the health system.