Resource consent for the tallest residential skyscraper in the country has been granted by Auckland Council. 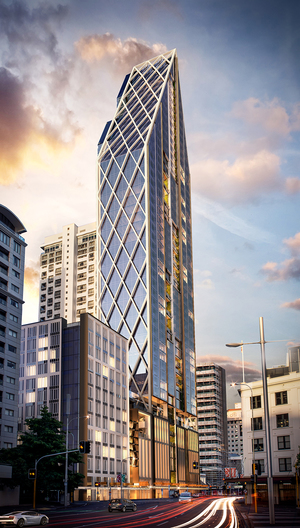 The 52-storey building is planned for Customs Street East in Auckland's city centre.

Architects Peddle Thorp said the 221-apartment block was to be built within the next three to four years.

The plans involve a redevelopment of an existing site, with a new 187m tower.

Peddle Thorp said the heritage façade on the corner of Gore Street will be retained and left unchanged.

The design includes four floors of retail and restaurant space.