Police are hunting for an armed and dangerous man following the shooting of a teenager in Hamilton overnight. 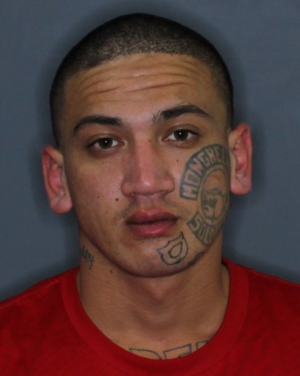 They want to find Teina Williams, who is described as Maori, of medium to slim build and 181cm tall. He has tattoos on his leg, neck and cheek.

He should not be approached as he is considered armed and dangerous, Waikato police said.

Mr Williams is thought to have links in Taupo and Waikato.

Last night a 14 year-old boy was shot on Norrie Street. He was not seriously injured but needed medical attention in hospital.

A local resident, Jason, said he heard the shots from his home nearby.

"Yeah, we just heard what sounded like gunshots, loud banging noises. It was quite quickly together and probably multiple, probably in the vicinity of three or four, by the sounds."

Police are investigating possible links between last night's shooting and another shooting incident on the same street on 11 June.

Anyone with information on Mr Williams' whereabouts should call Detective Sergeant Andrew Saunders on 07 858 6200 or Crime Stoppers anonymously on 0800 555 111.