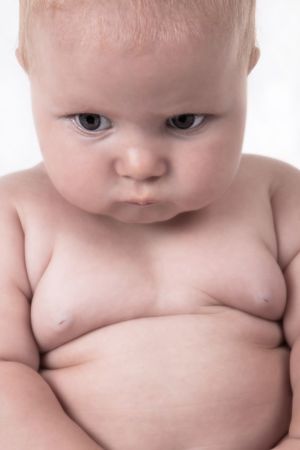 OPINION: When my son was 18 weeks old I was a grey-faced, bone-tired, milk-expelling wreck.

He was an appalling sleeper and I was so deeply exhausted that I felt as though I was moving through water, drunk. I often wondered whether I was making any sense at all when I spoke to grown-ups. I'm certain I wasn't.

I was averaging around four hours of sleep a night and was breastfeeding about every three.

But we were among the lucky ones. When the day grew light I knew that I could spend it lurching around the house in my pyjamas like a happy, tired fool, my only real task to feed the sleep thief and smoosh my face into his.

It shouldn't be considered a luxury or a privilege to be able to stay at home with your baby, but it is. My husband earns enough that our family can manage on just his income but most others don't have that option. When the parental leave payments stop, so does the time at home with the baby.

Yesterday, Bill English vetoed a bill which proposed extending paid parental leave from 18 to 26 weeks, saying the estimated cost of the legislation - $278 million over the next four years - would be a significant, unbudgeted cost to the government (although spending $20 billion on upgrading the NZ Defence Force is apparently no biggie). 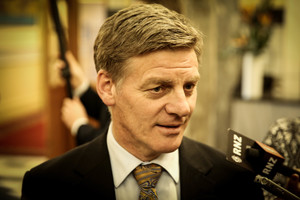 This is not only infuriating - given that the bill had the numbers to pass into law - but it's extremely shortsighted.

There's tonnes of research out there supporting the importance of infant-carer bonding; that a close attachment, particularly in the early months, enhances the long term wellbeing of your baby, helping to prevent diseases and boost immunity. The Ministry of Health (along with WHO, Plunket, your midwife, and probably your mother) recommend breastfeeding your baby till they're at least a year old - provided you can. But for women who have to return to work after 18 weeks, it would take a near superhuman effort to continue to do so. Leaking, over-full boobs and pumping milk in the work toilets would get pretty old pretty fast.

And extending paid leave would save the country money in childcare subsidies, health costs and reduced unemployment benefits.

Of course, there are those who wish to return to paid work when their child is 18-weeks-old - or sooner - and that's their prerogative. But they should have the choice.

There's those who argue that if you can't afford to have a child then you shouldn't, but this rules out a huge chunk of New Zealanders. Soaring house prices, student loans, and the high cost of living in this country means that two parents working full time still might have to have a conversation about whether or not they can afford to have a baby.

And all of this aside, paid parental leave recognises the value of unpaid work. And I can honestly say, I've never worked so hard in my life.

*Felicity Monk is an Auckland writer and a mother of two.