Thieves are targeting avocado orchards in Waikato and Bay of Plenty as prices for the fruit soar. 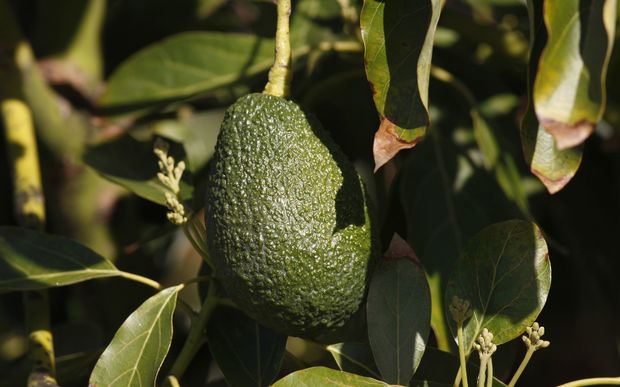 Heavy demand and a lack of supply for avocados has driven the price up to $6 at some supermarkets, creating a black market.

Avocado thieves, who are keen to make a quick dollar from on-selling the fruit, are targeting orchards in Western Bay of Plenty, with carloads of the produce going missing.

Avocado New Zealand chief executive Jen Scouler has been working with the police and some of the affected orchardists in Te Puke and Athenree.

She said a bad season may be to blame, with 30 or 40 thefts this year, which was more than usual.

"Our season's been very short, last year we had a low supply, we're just starting the new season, we only eat avocados from New Zealand in New Zealand, so that real demand has created this very negative story and very negative activity."

Ms Scouler said the stolen fruit would be unripe and it was likely sold at farmers' markets and to small shops.

Waihi police sergeant Aaron Fraser said it was aware of a black market for avocados and was investigating a number of thefts.

He said some people were driving into orchards in the middle of the night.

"Unfortunately, Western Bay of Plenty area is a great climate and place to grow avocados and we've had a number of avocado thefts in the Bay of Plenty and just recently one in the Waihi or Athenree area.

"The amount of avocados they're stealing suggest that vehicles are involved, and they're loading up the vehicles with the stolen fruit."

Hugh Moore planted his first avocado tree in Kauri Point in the Bay if Plenty in 1979 and has been growing them ever since.

He said people stealing produce from orchards was nothing new, but he didn't like it.

"From a grower's point of view I'd love to be able to shoot them."

A few years, they also had a spike in thefts, with three or four people caught and taken to court, he said.

Mr Moore said the thieves could also be risking their health, as the avocados were sprayed with chemicals and have withholding periods before they're safe to eat.

Jen Scouler said the bottom line was that the crime was impacting on growers' livelihoods.

"If you look at last season we sold about 25 million avocados in New Zealand, this is probably maybe 1200 or 2000 avocados so it's quite small but the orchards that are targeted, they may well have lost a quarter of their crop for the year, so in some orchards there will be a significant loss."

Ms Scouler said the new season for avocados was starting which would increase the amount of produce available and bring prices down.