Teachers and principals are riled that the Education Ministry could reserve jobs in schools for trainee teachers under a proposed law change. 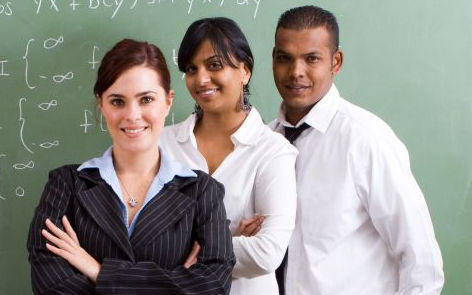 Teachers unions and the Principals Federation are unhappy with the idea and say they should have been given more time to make submissions to the Education and Science Select Committee, which will hear them in person tomorrow.

The proposal follows a dispute between the Post Primary Teachers' Association (PPTA) and Teach First NZ, which puts high-achievers who have completed their first degree into secondary schools where they work part-time as teachers while studying for their teaching qualification.

The Employment Relations Authority ruled the student teachers' jobs must be advertised like any others, but the law change would allow the ministry to create positions that only trainees can apply for.

PPTA president Angela Roberts said there was no need for the legislation because the union agreed a way forward earlier this year with Teach First, the ministry and the University of Auckland, which is part of the Teach First scheme.

"We were very clear in the work we did with the ministry, and Teach First and the University of Auckland, that set up a solution that means there is no problem to solve."

Ms Roberts said Teach First was confident its students would win their jobs even if they were advertised.

She said there were no checks and balances in the legislation to ensure trainees were properly supported and monitored, and the change was being rushed through.

"A massive can of worms is being opened up with a very permissive piece of legislation. And I think it hasn't been thought through and the sector hasn't been engaged with properly."

Educational Institute (NZEI) president Louise Green said the proposed change was significant and should not go ahead.

"We have real concerns about trainee teachers being in a class unsupervised and actually teaching children."

She said the union was given less than two weeks to make a submission on the proposal, and that was not enough. 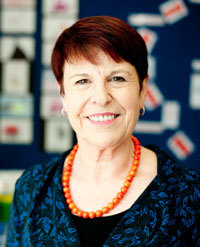 "It certainly feels a bit sneaky to sneak through such a significant change into a piece of legislation that is meant to be tidying up loose ends in the Education Act."

The Principals' Federation, which represents primary and intermediate school principals, opposes the proposal, but the Secondary Principals' Association supports it.

Teach First chief executive Shaun Sutton said he was confident his trainees would get their jobs even if they were advertised, but the programme would benefit from the change if it was approved.

"It would certainly clarify the regulations and the requirements for in-school teacher training. And we think any clarification of that, given the uncertainty that has taken place in the past year, would be a good thing."

Education Minister Hekia Parata said increasing the diversity in initial teacher education (ITE) was one way of raising the quality of teaching.

"Appointments to field-based ITE roles, like Teach First NZ positions, will then be open to trainee teachers, not the whole teaching workforce."