The late Māori leader Sir Graham Latimer has made his final exit from his home marae by waka, at his funeral in the Far North. 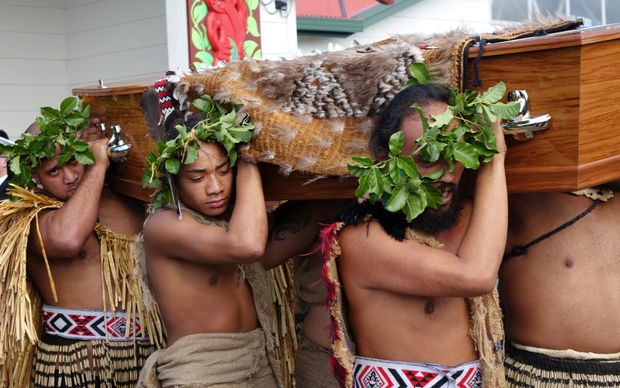 About 300 mourners gathered at Te Paatu Marae in Pamapuria to farewell the former long-time Māori Council leader who died at his home near Kaitaia on Tuesday, aged 90.

After the funeral service warriors bore his coffin on their shoulders through an honour guard of top navy and army officers, to a waiting cortège.

The coffin, draped in a feather cloak, was placed on board the Ngāti Kahu waka Tau Kaha, then towed down State Highway 1 to the urupā (cemetery) at Pamapuria, where he would buried next to his wife, Lady Emily Latimer, who died last year.

Escorting him in the front of the waka were two of Sir Graham's sons, and a grandson.

Ministers, MPs and Anglican church leaders attend the service and former High Court judge Sir Eddie Durie was among those who delivered a eulogy. 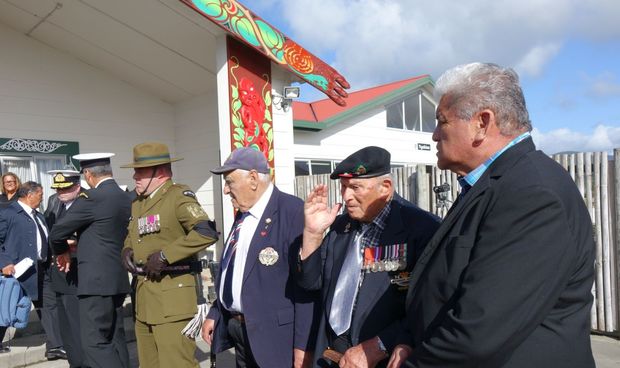 He said Māori owed Sir Graham a debt because he had the courage to back his beliefs. 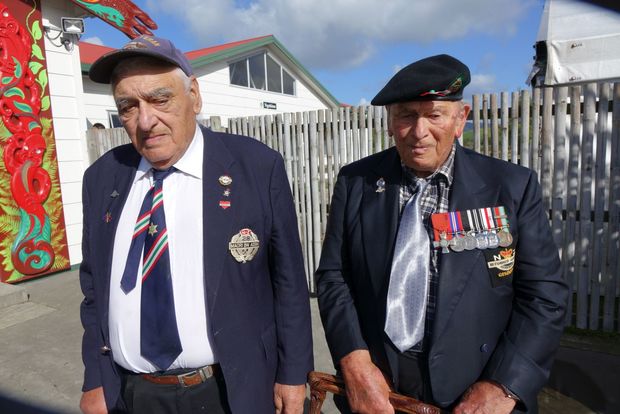 Māori Council co-chair Sir Eddie Taihakurei Durie said an enormous amount had changed for the better in New Zealand since Sir Graham joined the council in the 1960s.

He said that at that time the only Māori news on radio was a 10-minute slot on Sunday night.

Sir Eddie told mourners many people had said Sir Graham appeared from out of nowhere in the 1980s, but in fact he had been working for the Māori people for years.

"There must have been somewhere in his whakapapa and his upbringing that made a difference. I don't think he was just there because he was there, I think he was sent."

Chief Justice Sian Elias praised Sir Graham's initiative in using the courts in 1987 to have the Treaty of Waitangi upheld for the first time as a document the government had to honour and accommodate in law.

His lawyer at the time, Sir David Baragwanath QC, said New Zealand was a better place because of Sir Graham who stood to lose everything in the court case, but had the courage to go ahead. 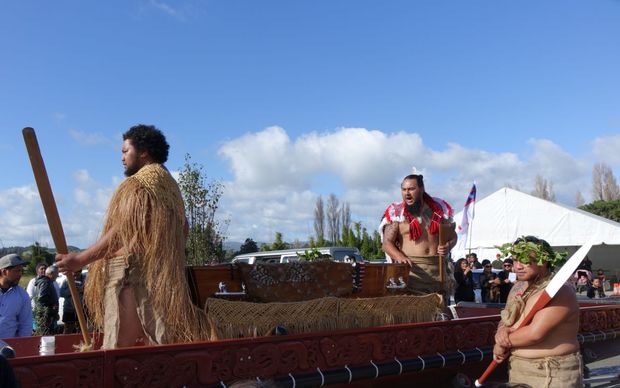 The coffin was taken by waka to the urupā (cemetery) at Pamapuria to be buried beside his wife, Lady Emily Latimer. Photo: RNZ/Lois Williams

Veteran Māori activist Titewhai Harawira, who was the first woman member of the Maori Council, said Sir Graham had also been an activist - and a man she loved and honoured for 40 years.

Mrs Harawira said his National Party links and farming background fooled a lot of people into seeing him as conservative, but his goal as Māori Council leader was to effect radical change for Maori, and he always supported the aims of activist groups like Ngā Tamatoa.

"Sir Graham had another job to do and that was to work with the politicians and the PM and whoever," she said.

"That was his job. We quite often would load the gun and get him to fire it, or he would load it and we would fire it." 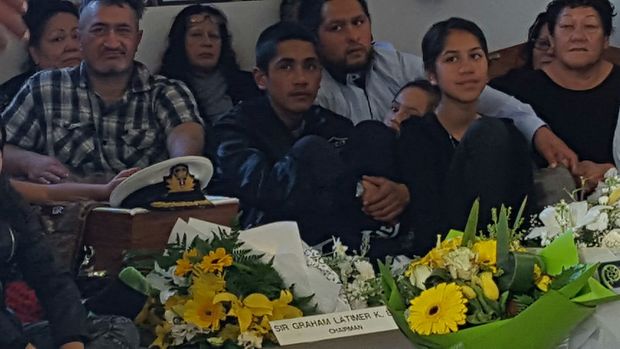 The Bishop conducting the service, Kitio Pikahuu said Sir Graham was descended from a long line of rangatira, but never blew his own trumpet.

In a message read to mourners at the funeral, Prime Minister John Key said that with the passing of Sir Graham Latimer the country had lost a rangatira who dedicated his life to advancing Māori.

Mr Key said Sir Graham was a pragmatic leader with natural skills and charisma, who had made an immeasurable contrbution to the Crown's relationship with iwi.

Earlier this week hundreds of people, including prominent Māori and Pākehā remembered him with respect and affection at his tangi.

Sir Graham withdrew from public affairs some years ago as Parkinson's disease took its toll. 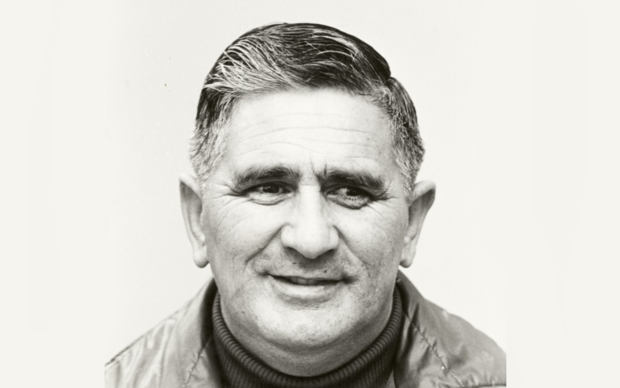