Fijian Prime Minister Frank Bainimarama was "making up facts for a speech" when criticising New Zealand media yesterday, says a journalist who has been banned from the island nation. 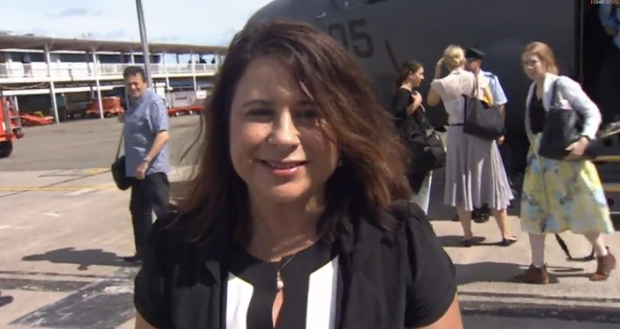 "Certain journalists in New Zealand and Australia and certain journalists in Fiji think nothing of dispensing with the facts if they get in the way of the politically-motivated narrative they want to tell. We are saying to the news organisations that employ them, send someone else," said Mr Bainimarama.

Mr Bainimarama cited TVNZ footage of military tanks in the streets of Suva, even though Fiji had no tanks. He also referred to a claim that Fijian children were starving and eating grass.

This referred to a story by Ms Dreaver in 2008, which was also screened in Fiji.

Ms Dreaver said Fijian media had been told this report was the reason she was expelled, deported and subsequently blacklisted.

"To make up facts for a speech in front of an international audience is beyond me," Ms Dreaver said today.

"My story showed children picking grass. Their teachers had told them to because there was no fuel for the motor mower. We didn't say they were eating grass."

The story did feature a teacher saying children were turning up at school hungry.

"They objected to that story because it showed poverty, and that schools had not been receiving funding from government," said Ms Dreaver.

"At that time, they were trying to win the hearts of people. Experienced Pacific correspondents like myself, Michael Field and (Australian reporter) Sean Dorney were going into villages and doing real stories."

Ms Dreaver said TVNZ did not have any footage showing tanks in Fiji.

Before he left for Fiji, Mr Key had said he planned to discuss the blacklist with Mr Bainimarama.

"I think it's an important step from their point of view to take these journalists off the banned list. I can't force them to do that but I do think it would be the right thing to do," he told reporters. 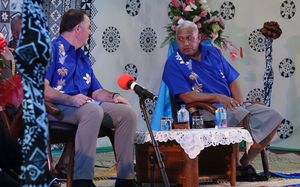 At Thursday night's banquet, Mr Bainimarama said he wanted to "confront the issue head on".

"No one who reports on events in Fiji fairly and in a balanced manner is excluded. Any journalist is free to criticise my government or me in an opinion piece or report criticism by others in their news stories," said Mr Bainimarama.

But Ms Dreaver said the prime minister and other officials effectively had the right of veto over such stories.

"There have been critical stories about Fiji by foreign reporters who have not been banned," says Ms Dreaver.

Ms Dreaver visited Fiji for the first time in eight years as a reporter last weekend - but not for long.

She was given special permission to land for just one hour to change planes for a trip to Kiribati alongside Climate Change Minister Paula Bennett.