Fear of Islamic jihadists has forced the New Zealand Defence Force to keep its military heroes secret for a second year running. 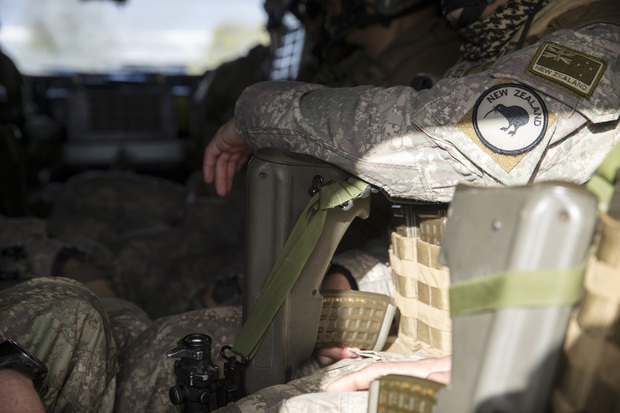 Two soldiers have received a Distinguished Service Decoration in the latest Queen's Birthday Honours list, but have been announced only as soliders C and J.

The soldiers were working to help train members of the Iraq army.

A Department of Prime Minister and Cabinet spokesperson said the identities had been withheld for security reasons.

In April of last year the army said all personnel serving in Iraq would have their identities kept secret.

At the time, the Chief of the Defence Force Lieutenant General Tim Keating said the move was precautionary but his top priority was safety for his soldiers.

"ISIL (a Jihadist group in Iraq and Syria) is a truly global terror organisation, with the ability to reach out through online and social media to supporters and sympathisers in countries far from the Middle East," Lieutenant General Keating said.

"While the likelihood of targeting of NZDF personnel is currently considered to be low, it nonetheless remains a possibility."

The latest secrecy follows similar action last year, when the awards went to personnel serving in Afghanistan, who may have been SAS.

SAS fighters are never identified, but this year's recipients were ordinary troopers.

Their secrecy contrasts with earlier generations of war heroes like Sir Charles Upham who were celebrated in their homeland.