Tracking surgical mesh devices would be a partial victory for those dealing with the mesh's painful complications, but doesn't go nearly far enough for sufferers. 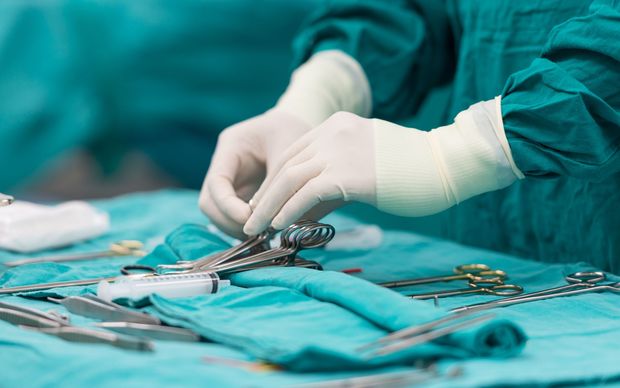 Surgical mesh is a net-like implant used to treat pelvic organ prolapse and urinary incontinence in women - as well as bowel prolapse and hernia repairs.

Complications from use of the mesh has been the subject of more than 200 ACC claims between 2010 and 2014, with ACC paying out more than $2 million in treatment, rehabilitation and compensation.

The mesh is also the subject of thousands of lawsuits in the United States.

After considering a petition brought by two women who suffered serious complications from mesh implants, Parliament's Health Select Committee has now recommended that a national register to track the devices should be established.

Charlotte Korte - one of the women behind the petition - told Nine To Noon today that the committee had made some good recommendations and was following overseas initiatives, but had not gone far enough.

"There really isn't a lot of help for the system capability, and that's helping the patients that suffering from mesh complications now.

"Their lives are literally destroyed, they live in chronic pain, they are unable to function in normal everyday life and the biggest problem is being able to access doctors that can actually fully remove mesh. Many patients are undergoing partial removals, which are not working, and in many cases making it a lot worse, and with the limited skill base in New Zealand, there is no help for them at this stage."

She said other issues that still needed to be addressed included doctors not filling out the ACC forms that enabled sufferers to get help, issues of ethics around doctors implanting permanent mesh that they could not remove, and the problem of informed consent.

"We're still hearing from patients that have absolutely no idea of the potential complications. We've seen advertising for incontinence procedures in magazines saying it is a simple operation and a quick fix. These simple operations are causing so many problems, and the whole informed consent process needs to be changed."

She said doctors were being misled by the manufacturers, and the ethics and morals displayed by the makers needed to be investigated.

"I think doctors should be concerned when using these devices. There needs to be more investigation of how these devices get on to the market and are they actually safe."

The select committee's report said Medsafe did not believe a registry would improve patient safety.

It also noted a registry would be expensive to establish and maintain and could cause unnecessary worry for patients.

But Ms Korte rejected that idea.

"I think there is a lot of worry out there anyway, and I think a registry is going to stop those concerns."

Dr Hanifa Koya - a gynaecologist at Wellington's Wakefield hospital who has removed more than 50 surgical mesh implants from patients - said there were already registries for things such as hip replacements, and the recommendation of a registry for mesh was long overdue.

Dr Koya said with sufferers in New Zealand unable to take a class action against the mesh manufacturers, a registry was vital.

Hospitals also needed to go back to having an ethics committee, and the role of Medsafe in the issue also needed to be examined, Dr Koya told Nine To Noon.