The government should punish a charter school that is breaching the terms of its contract, groups representing teachers and principals say. 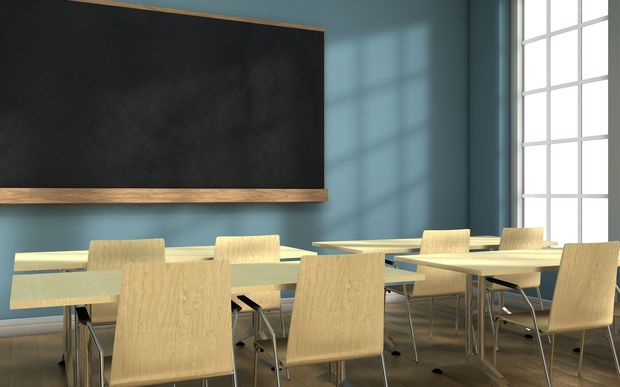 The PPTA said it was disappointing Vanguard Military School was not being held to account (File:Photo) Photo: 123rf.com

Vanguard Military School refused to enrol students once its school year started, and last year suspended and expelled more students than allowed by the performance standards in its contract.

Post Primary Teachers Association (PPTA) president Angela Roberts said the school should be held to the terms of its contract.

However, the school has defended itself, saying their results spoke for themselves and the number of expulsions reflected the fact that many of their students were disengaged from education in other schools.

Ms Roberts said the school would benefit by limiting its intake and removing students who proved difficult.

"When you have a business contract with somebody there's always accountability and repercussions.

"I just think it's really disappointing that they're not being held to account."

Ministry of Education head of early years and student achievement Lisa Rodgers said partnership schools, also known as charter schools, were required under the terms of their contracts to accept students at any time of the year provided they did not exceed their maximum roll.

"We are mindful of Vanguard's contractual requirements, and are in discussion with the sponsor about this issue."

Ms Rodgers said Vanguard was only taking students in February because the school ran a two-week induction before the start of the school year where the students were taught military drills and the school's rules and expectations.

"They compare this to military intakes ... without this induction a student enrolling mid-year would be the only student not to know how to do a drill, how to enter and exit a classroom, and how to address staff," she said.

"The reason that charter schools were set up was to provide an alternative education for students that weren't achieving in the state and state integrated normal education system.

"Those students usually would be identified through the year, so to make them wait till the beginning of the following year to make them enrol is rather surprising."

Ms Pasley said the enrolment policy was also contrary to the purpose of charter schools, and there should be consequences for Vanguard's failure to meet the conditions of its contract.

"I can imagine that trying to enrol in a school where you don't know the military drill, which is what we do on parade every morning, you would be the fish out of water straight away, which is not what we're looking for."

Mr Hyde said the school's discipline figures reflected its military character, and the whole point of the Vanguard was that it was not the same as state schools.

"We're a military school. Structure and discipline are very important for us."

But he said Vanguard had followed the same regulations for punishing students as other schools, and the school's results showed it was on the right track.

"If you look at the results we're getting, we're a top 10 school in Auckland and the results for particularly Māori and Pasifika are through the roof compared to other schools.

"The benefits far outweigh the negatives when it comes to this."

Mr Hyde said the relatively high number of suspensions and expulsions also needed to be seen in the context that many of the school's students had become disengaged from education at other schools.

In the past three years, the school had enrolled 33 students who had been suspended from other schools.

He said he hoped to get the go-ahead for similar schools in Tauranga and Christchurch, through the next round of charter school applications.

Minister for Education Hekia Parata said the six students expelled or excluded last year was a very small number compared to the number who stayed at the school and got a qualification.

"They've been overwhelmingly successful in their NCEA 2 passes for students who have been expelled, excluded, not attending at other schools so their success is exemplary in that regard."

Parliamentary Under-Secretary for Education David Seymour said the government was not punishing the school because its results were good and the transgressions were due to its military ethos.

"They have a very high discipline mantra and that has led to higher levels of exclusion and expulsion than you'd otherwise get."