OPINION: The term "Middle New Zealand" is frequently bandied about - never more so than during the debate and analysis that followed last week's Budget. But does anyone know who 'Middle NZ' is? David Slack attempts an answer. 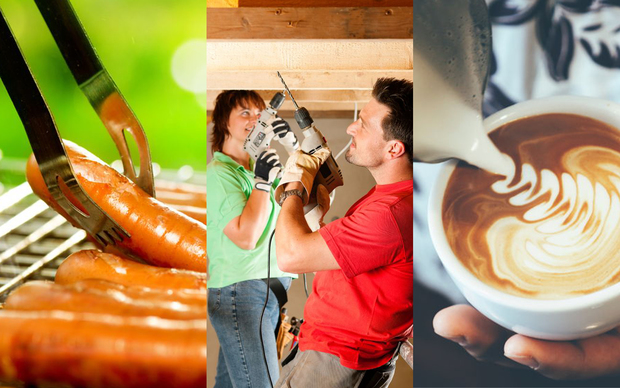 Middle New Zealanders enjoys a Saturday morning sausage sizzle at Mitre 10, where they can buy what they need to work on their massively-mortgaged houses while drinking $5 coffees. Photo: 123RF

When a journalist's report from a troubled city relies wholly on the conversation they had with their cab driver, you know they're not really trying. It's the same when a politician says "Middle New Zealand".

Like "Middle America" like "Middle Britain", it is an incantation. You say the words; you wait for respectful silence.

Middle New Zealand is to be respected because Middle New Zealanders are sound and hardworking and decent and right-thinking. The way they decorate their lounge is a bit tragic, but you keep that bit to yourself.

Is that really who they are? Who the hell is Middle New Zealand?

Let's start with their coffee. All New Zealanders love a fancy $5 coffee, am I right? Queuing up in the morning, checking their phones, waiting for the barista in the beret with the waxed moustache. That's Middle New Zealand, right? Maybe not. More than 75 percent of the coffee we drink in New Zealand is still spooned out of a jar, statistics confirm. Just add boiling water, and how many sugars, Ken?

Middle New Zealand says thank you to the driver when we get off the bus. The rest of the world thinks it's adorable and so very civil. They couldn't be more shocked when they find us tailgating them on the motorway. 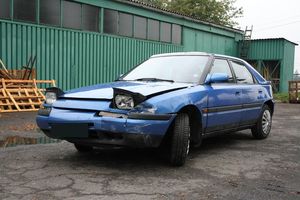 Does Middle New Zealand drive a Jap Import with a stereo that cuts off at Newstalk ZB? Photo: 123RF

Is the car the clue? Does Middle New Zealand drive a Ford Ranger? A Corolla? Or is it the Jap import with the stereo that cuts your station search off at Newstalk ZB?

The food has a vibe, for sure. Middle New Zealand's way more adventurous today; exotic, even. We put out Lisa's Hummus instead of onion dip. We like dumplings at the night market. We like Vogels. We like a BBQ sausage in white bread outside Mitre 10 on Saturday morning. Well, I do.

Nobody knows anyone who can get something for you wholesale any more, but we know Grabaseat. And we know Fly Buys. And TradeMe.

We don't like bloody cyclists but we love the Otago rail trail.

We like John Key, we like reading about him and Max and Bronagh in the Women's Weekly in the gym as we slowly pedal the exercycle and we cannot get enough of the Kardashians. When I say "we", I mean you. What in God's name is wrong with you people?

We're up to our eyeballs in debt, but it's worth it to be able to pretend our houses are worth three times what they really are. Our kids will never be able to afford them but we find if we turn the radio up loud enough and drink more $5 coffees, we can almost stop thinking about it.

There are no new tricks in politics, ever. Just new names. And it's not just me saying that. This morning, swear to god, my Uber driver, word for word, said the same thing.

*David Slack is an author, columnist and speechwriter. He was speechwriter for prime ministers Geoffrey Palmer and Jim Bolger.