Builders may be forced to offer mandatory guarantees of their work under a proposal being considered by the government.

However, a leading figure in the residential construction industry says such a move could drive some builders out of the industry and add to chronic workforce shortages. 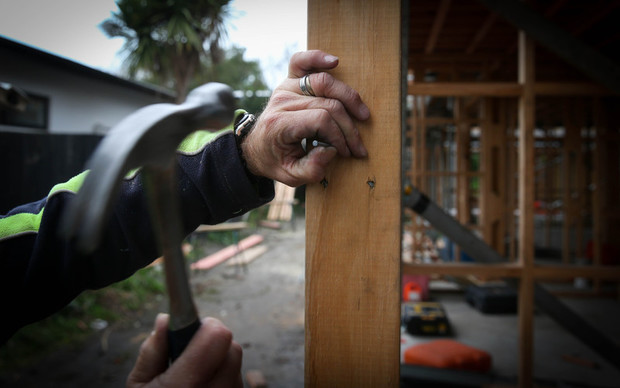 Speaking at the Certified Builders Association conference in Wellington yesterday, Building and Housing Minister Nick Smith said it was not fair that councils ended up bearing most of the costs when things went wrong.

Councils were receiving only 1 to 2 percent of the profits from construction work, he said.

"It's all very well to say we'll put more on builders, but if the building firm no longer exists, then you're shortchanging the consumer who's got the faulty property."

He said he was keen to tidy up inconsistencies in the way the industry is regulated.

He said that did not mean more self-regulation but a fairer regime for tradespeople, engineers, architects and everyone involved in building.

"We have quite extensive self-regulation right now, for example the electricians where they completely certifuy their own work. In other areas every single piece of work requires inspections.

"The discussion paper i'll be putting out later this year seeks to get a greater degree of consistency."

Certified Builders Association chief executive Grant Florence said his organisation had made warranties mandatory for its members - but he would not necessarily support making it compulsory it across the industry.

"There will be a percentage of builders right now who will not be able to get that insurance because they're not good enough.

"So all of a sudden, at a time when we've got massive building activity going on, we could see a fair proportion of builders stepping away."

Consumers who wanted peace of mind would employ builders who could guarantee the quality of their work, he said.

Dr Smith said the government was looking at residential construction warranty regimes overseas after recommendations by the Law Commission in 2014. 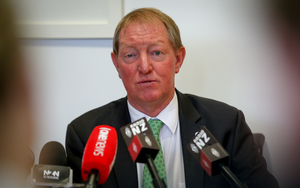 In Australia and Britain, it is impossible to get a mortgage on a property without a new build warranty.

"The only reason we don't have that in New Zealand is that councils have been legally determined to be responsible, and so the mortgage holders - the banks - are prepared to provide mortgages knowing they ultimately have the security of the council."

"That is not a good framework to effectively or efficiently regulate the building sector."

Currently, about half of all homes built in New Zealand have a new build guarantee - but Dr Smith said there were "question marks over the robustness" of some products on offer.

In some cases, people had paid for warranties, but unscrupulous builders had not actually passed that money on to the insurers, and when problems appeared homeowners were left in "terrible situations", Dr Smith said.

For these reasons, any compulsory scheme would need strict regulation and oversight.

Mr Florence, who was in Wellington for the organisation's 18th annual conference, said recent revelations over substandard building products stemmed from a section of the industry which cut corners.

He said skill shortages were a problem for the sector.

"We operate in a boom-bust environment in the construction industry, and so we were forecasting some time ago that we were going to have this shortage.

"And unfortunately because it takes ...a young apprentice three to four years before he goes through his training and becomes skilled on a worksite - you know, you do have that lack."

However, Mr Florence did say the number of young apprentices going through the association's own scheme was up 12 percent in the last year, and other training organisations were seeing similar growth.

The government plans to release a public discussion document on the proposal later this year.