Secondary school principals need to be able to take action when international students misbehave outside of school time, they say. 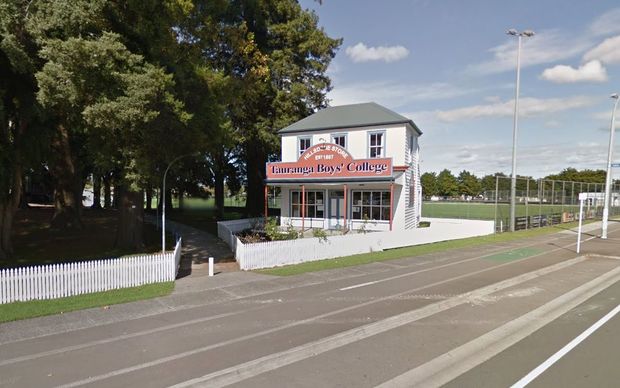 Secondary school principals say their ability to punish foreign students for misbehaviour outside of school time has been put to the test.

Tauranga Boys' College today applied to the High Court in Wellington for a judicial review of an International Education Appeal Authority decision that it had no right to suspend and expel three German boys who smoked marijuana in 2014.

The authority said the school had breached the Education Act, which prohibits schools from punishing students for actions outside of school hours and grounds.

But the college said contracts the boys' parents signed allowed it to expel the boys.

Judge critical of school's board

The authority's report has not been published, but the judge hearing the case, the Hon Justice Ellis, said it was strongly worded and critical of the school's board.

Acting for the school, lawyer Jessica Dickson told the High Court the school's board sent the boys home because they had breached contracts their parents' had signed.

"The report by the principal to the board was that the boys had taken illegal drugs and this amounted to a breach of the agreements."

She said schools had a duty to ensure the safety of international students in their personal lives that they did not have with domestic students.

Miss Dickson said it could not be the case that schools could not intervene when international students were acting in a potentially dangerous manner in private, such as if they were being violent with their homestay family.

She said the authority had also made procedural errors including not providing the school with its correspondence with the families involved, and not providing a copy of its draft decision.

The judge hearing the case, Justice Ellis, queried whether the contracts could cover students' private lives.

A lawyer acting as a friend of the court, Jason McHerron, said meeting minutes show the school's board did not consider the contracts when it suspended the boys.

He said it was clear in the Education Act that foreign students were to be treated in the same way as domestic students.

Justice Ellis finished hearing the case on Monday and reserved her decision.

The school's principal, Robert Mangan, said the school took the case to clear up what schools can and cannot do when foreign students misbehave outside of school hours.

"We've sought judicial review because I think we've got a responsibility to clarify for the industry and for all other principals in the country, actually what they should do if this issue happens again. I don't have clarity if this was to happen again this weekend about how I should deal with that."

Mr Mangan said he sought legal advice every step of the way when dealing with the boys, but the appeal authority still found against the school.

He said schools needed to know if their contracts with foreign students' parents took precedence over the Education Act.

"There is a real disagreement between whether we can use contractual law or whether we can use education law. International students do fall under the Education Act, however there this real grey area about what happens at 6.30 on a Friday night or the other 18 hours [a day] when they're outside school hours."

Principal of John Paul College in Rotorua Patrick Walsh is on the executive of the Secondary Principals' Association and a qualified lawyer.

He said the situation faced by Tauranga Boys' College was relatively common.

"There are students who drink to excess, who gamble and do other activities which compromises their safety and conversations take place between the principals and the agents and parents about that sort of activity, resulting in some of them being asked to leave the school or to return home."

Patrick Walsh said it was essential schools' rights and responsibilities were clarified, especially in light of changes to health and safety legislation.

"It's essential that there's some clarity around this.

"One to firstly protect the students that come here, but also to protect the reputation of New Zealand as a quality education destination for these students. So I think the outcome of this case is going to be really important for the school sector."