Family members of the New Zealand soldier known as the Lion of Crete have made a pilgrimage to Greece to commemorate the 75th anniversary of the Battle of Crete. 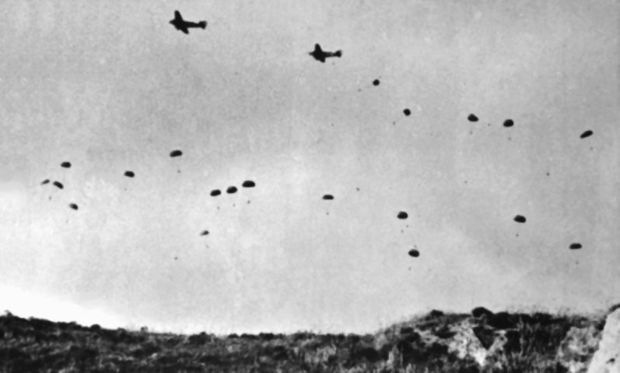 Dudley Churchill Perkins, from Christchurch, became a gunner after enlisting in the army in 1939.

He was sent to Crete in 1941 and was a German prisoner of war before escaping and leaving the country.

But he returned to Crete and helped organise the local resistance. He died on the Greek Island in 1944.

He became somewhat of a local legend and was nicknamed the Lion of Crete.

Now, 75 years after the Battle of Crete, eight members of his family have returned to the Mediterranean Island to remember him.

His nephew Andrew Perkins said it had been an amazing trip so far.

"Being in Crete is quite astonishing. The locals here seem very very fond of the New Zealanders... they fell in love with the Kiwi soldiers who had come a long way to fight a battle in a foreign country and the Cretans really respected that."

Mr Perkin's father, who is 90, wasn't able to travel this time, but has told the family about Dudley's exploits.

Through social media they managed to meet the family of a local man, Andreas Vandoulas, who was killed with his uncle.

"Dad through letter writing and so on had not achieved a contact with this family before, through Facebook we managed to create a link, so we had a sit down dinner and it seemed like half the village turned up."

Mr Perkin's said the Cretan hospitality had been amazing.

"We're here to represent our Dad and fly the flag for Dudley but it's just one story out of a thousand stories of heroes."

Of the nearly 8000 New Zealanders who served on Crete - 671 died and more than 2000 were taken prisoner in the battle.