Prisons will look at targeting high-risk violent criminals who deny their offending, following an inquiry into the management of the man who murdered Blessie Gotingco. 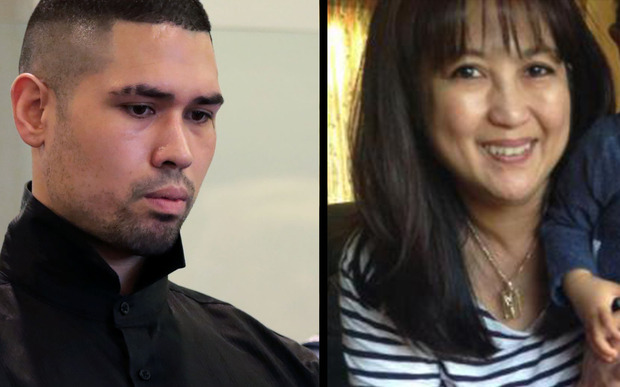 Tony Robertson, left, was sentenced to at least 24 years in jail for the rape and murder of Blessie Gotingco. Photo: RNZ

Tony Robertson was out on special release conditions, after serving eight years in jail for convictions relating to abduction, indecent assault and attempted kidnapping of children, when he ran over, raped, then murdered Blessie Gotingco in 2014.

A government inquiry found no failings in the management of Robertson following his release from prison that had provided any opportunity for the murder of Mrs Gotingco but said more could have been done while Robertson was still locked up.

It found probation officers exceeded their brief in managing Robertson, doing it carefully, based on the risks he posed, after he was freed into an unsuspecting Birkdale community in December 2013.

However Blessie Gotingco's husband, Antonio, blamed the Department of Corrections at a news conference yesterday.

He noted there was nothing in the inquiry's 27 recommendations that drew on best practice overseas to help stop the next offender like Robertson getting out and reoffending. 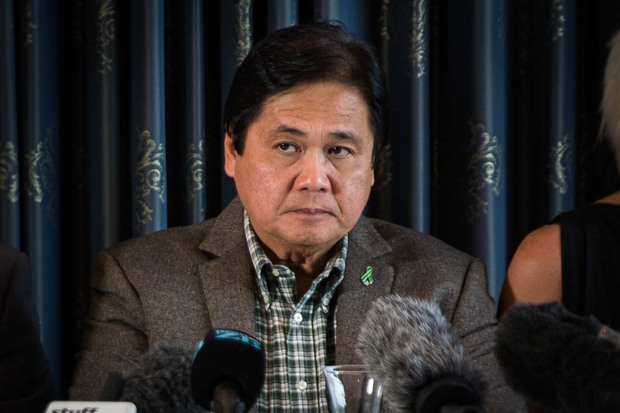 Antonio Gotingco said it was "glaringly obvious" Corrections did not have the capability to manage high risk sex offenders. Photo: RNZ / Claire Eastham-Farrelly

The inquiry's report says Corrections should have done more and sooner to break through with Robertson - but in his case, he never stopped denying he abducted and molested children.

In an attempt at dealing with prisoners who refuse to admit their crimes, Corrections is looking at setting up a 'deniers' programme.

Chief executive Ray Smith said a test run was likely to take place within the next year.

"One of the things we are looking to do, which is led by the chief psychologist, is to find ways in which those prisoners that do deny their crimes - therefore precluding them often from rehabilitative programmes - to find a way in which we can motivate them to address some aspects of their offending so that we can get them into mainstream programmes that could make a difference.

The department had not worked out all the details but a full programme could be in place by 2018.

Victoria University professor of psychology Devon Polaschek said a deniers programmes can be a circuit breaker - but would not have been in Robertson's case.

"I mean it's a very good strategy for men who refuse to admit their offending but are prepared to undertake rehabilitation - and that might sound odd, but it's not uncommon.

"But this is not the case here, because he wouldn't undertake any help.

"I mean resources do go into the unwilling, but they do terminate at some point.

"A large array of resources were available for this case and they simply failed, so at some point you have to say, well, if a person still has any free will at all, then we can't stop them."

In line with the Robertson inquiry's recommendations, Corrections said it was moving to get a law change so that prisons would have a 'statutory expectation' around rehabilitation.

It would be able to force rehabilitation on an inmate, but a change would make it clearer that parole would be unlikely for inmates who resisted.

Corrections has also begun a high-risk personality programme in Christchurch and Auckland prisons and is looking at using more one-on-ones with psychologists. All case managers are in training in how to motivate offenders to complete rehabilitation.

Outside of prisons, probation officers have been trained in using extended supervision orders, which, along with public protection orders, are relatively new control measures for the very worst of violent offenders.

The inquiry noted Birkdale locals were not warned about Robertson. Corrections and police are making changes to how they notify the public which will be in place by September, though it is unclear what those changes will be.

Each year 460 high-risk prisoners are released; at the time Robertson struck in 2014, he was one of 30 such men under Corrections' watch in Waitemata alone.