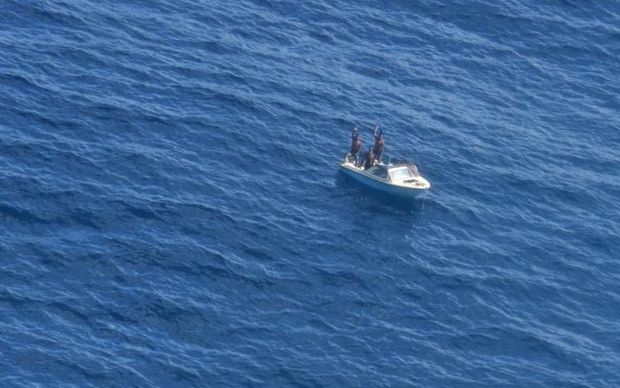 They were found near Tarawa, the capital of Kiribati.

Air Commodore Darryn Webb said the crew spotted the men waving from their 16-foot skiff off the coast of Tarawa, yesterday afternoon.

They were able to drop supplies and reassure them that more help was on the way.

Air Commodore Webb said the fishermen didn't appear to have any survival equipment so it was lucky they were found.

The fishermen were picked up by a patrol boat around midnight last night.

The men, aged from 34 to 47, were last seen fishing between Tarawa and Maina atolls on 7 May.

The Squadron has conducted four search and rescue operations in the Pacific since January, including three to Kiribati.