Customs has intercepted $170 million worth of drugs coming into Auckland, in two separate busts. 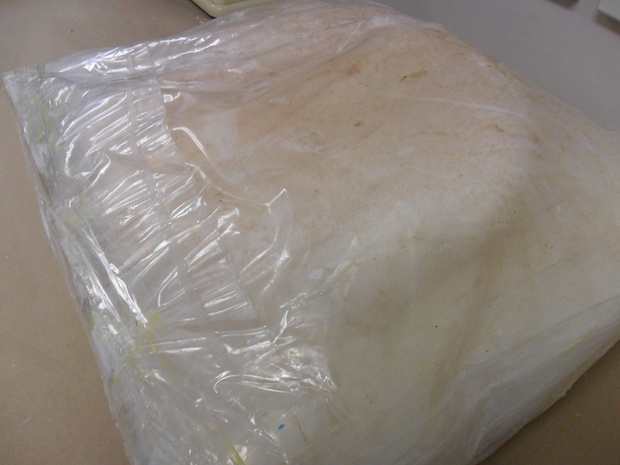 A 10kg package of meth that was concealed in one of the suitcases. Photo: SUPPLIED

It's the largest-ever seizure of ephedrine and had the potential to make up to $150 million of meth.

Each charge carries a maximum sentence of 14 years imprisonment.

Meanwhile, Customs has also said that two Czech Republic nationals who arrived on a flight from Bangkok yesterday afternoon were arrested, allegedly with 20 kilograms of the class A controlled drug, worth $20 million.

Due to appear in the Manukau District Court this afternoon, the two face a maximum penalty of life imprisonment.

Customs said the drug was in concealed compartments at the bottom of two suitcases.

It is the largest ever bust at a New Zealand airport.

Customs group manager intelligence, investigations and enforcement Jamie Bamford said the pair believed they could get through.

He said it was the largest seizure ever in New Zealand.

Detective Inspector Scott Beard said the operation showed just what could be done to tackle meth in New Zealand.

"We don't know whether the extreme that came into the country that was seized was to go out in bulk, or whether it was going to be drip-fed into the market, what we know is it does come across the border and we're working hard to stop it, so it stops going to the people manufacturing the methamphetamine itself."