Figures from Land Information New Zealand shows buyers with an overseas tax residency accounted for only 3 percent of property transfers in the first quarter of this year - and only about a third of those were based in Asia. 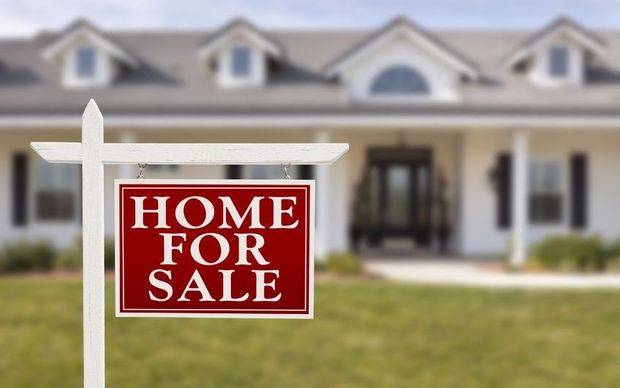 He said getting that right had important implications for the growing number of New Zealanders of Asian descent, and for New Zealand's broader relationships with other countries.

The data release comes after intense controversy over claims that large numbers of foreign residents were buying New Zealand homes and driving up the price for New Zealanders.

Following these arguments, the government passed legislation last year requiring overseas buyers of New Zealand property to have an IRD number in this country.

Land Information has now revealed the number of such IRD registrations that have taken place.

Between 1 January and 31 March this year, 3 percent of houses transferred - a total of 1089 homes - involved buyers whose main residence is overseas. This could also include some New Zealanders who live overseas.

Of the remaining 97 percent, 50 percent involved buyers with New Zealand tax residency, 37 percent were purchased by people who didn't have to provide tax information, mainly because they were New Zealand citizens or residents buying their main home, LINZ said.

The other 10 percent were bought by people who also didn't need to provide tax information, because the sale agreement was signed before the new law came into force.

The data gives a clue as to how many overseas people own houses in this country, but Land Information concedes it is not the final word.

Of countries providing that 3 percent, China is at the top of the list, but by a slim margin over Australia. Britain is third.

The 3 percent figure for New Zealand as a whole compares with 4 percent for Auckland. 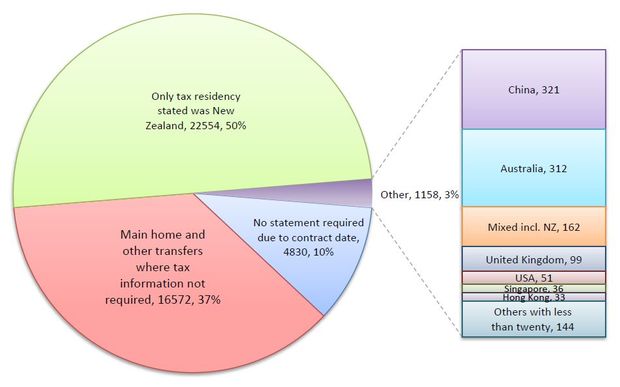 Trust companies and businesses - which represent more than 10 percent of total sales - have been removed from the data because identifying the citizenship status or residency status of the people behind them proved too hard.

Inland Revenue Department Department said the information will make it easier to track property sales which should incur taxation that at present get away without paying.

The next quarter will be released in July.