International insurance company IAG has won this year's Roger Award for being the worst transnational company operating in New Zealand. 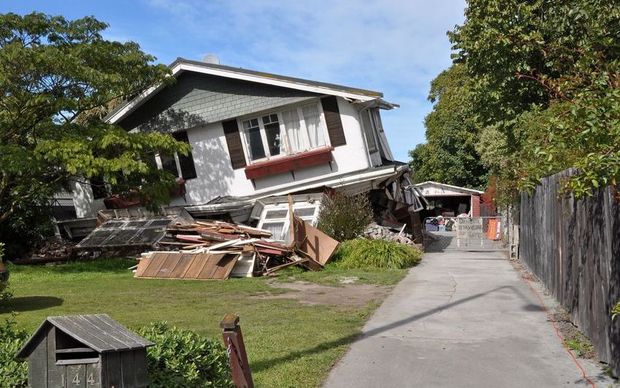 A house in Avonside that was damaged after the February quake. Photo: 123RF

The award is organised annually by unions and Campaign Against Foreign Control of Aotearoa.

Winners are chosen by a group of academics, activists, businesspeople and trade unionists.

As well as operating several businesses across the Tasman, Insurance Australia Group (IAG) is the parent company of State, NZI, AMI and Lumley insurance companies in New Zealand. It also operates in Thailand, Vietnam and Indonesia.

One of the judges, Deborah Russell, said IAG had behaved in a callous fashion, refusing to pay out insurance claims to Christchurch homeowners struck by the earthquakes, and engaging in shoddy repairs.

Another judge, Dennis Maga, said the company should be condemned because of the pain they had caused Christchurch earthquake victims.

The insurance company said it was disappointed to have been named New Zealand's worst transnational corporation.

IAG's head of corporate affairs, Craig Dowling, said the award showed a tragic lack of understanding of earthquake issues, and the insurance sector's role in helping tens of thousands of families.

He said the award organisers should be condemned for seeking to prey on the emotions of those who had had a difficult experience, and many people had benefited from the dedicated work of the company's staff.

Other finalists in the Roger Award were Westpac Bank, technology company Apple and Mediaworks, which owns TV3 and dozens of commercial radio stations.

The award has been running since 1997.