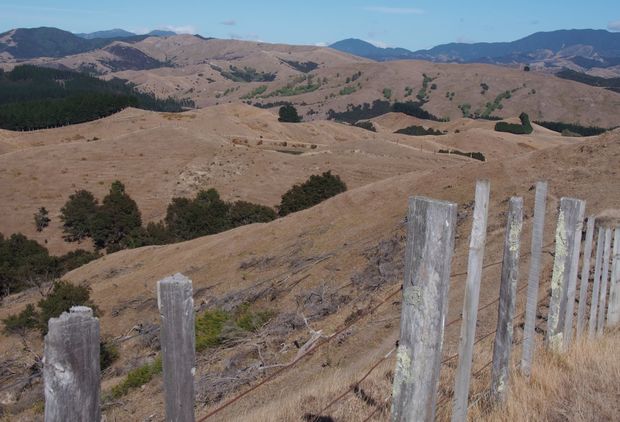 The Wairarapa hills are not as green as they should be this time of year and the forecast for the next month is not much better.

One Wairarapa dairy farmer said his knees were sore from praying every night for rain.

Federated Farmers' dairy spokesperson for the region, Chris Engel, said it was particularly bad in the south, where winter feed stocks were running out way ahead of schedule.

"Because it's only certain areas of the province no-one's really talked about it, but it's quietly been happening."

A state of drought has not been officially declared, but a Greater Wellington Regional Council manager, Wayne O'Donnell, said there was not much rain coming soon.

After a good spring, Federated Farmers said, things have dramatically regressed in the past month or so, and it's equally bleak in parts of Marlborough and Canterbury, and dairy farmers already under severe financial pressure can not afford to run out of feed this early on.