New Zealand should avoid a sugar tax as there is little robust evidence it reduces obesity, a public policy think tank says.

The New Zealand Initiative released its 67 page report, The Health of the State, last night, looking at regulation, and specifically food and obesity, smoking and alcohol.

In a chapter on food taxes it acknowledged obesity was a major problem in New Zealand, but said a food tax would not necessarily help.

"Despite the uptake or consideration of food taxes or subsidies in some countries, the evidence that they actually work remains mixed at best," said the report from the business-backed think tank, which has a focus on evidence-based policy. 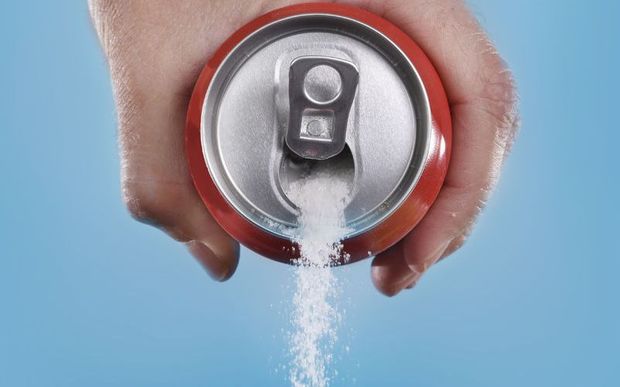 Commentators in this country have been quick to praise the two-year-old tax in Mexico of sugar-sweetened beverages [SSB] as a success, but the report said it was "still too early to conclude its effect on public health, or whether a decrease in SSB consumption was due to the tax."

The tax reduced consumption of fizzy drinks by poor people in Mexico by a little less than two 600 millilitre bottles a month, it said. What remained unclear, however, was "how many poor households simply bought a bag of sugar to make sweet low-tax lemonade at home".

Such a tax "may reduce consumption but not obesity rates, and could even make things worse".

"Mexico's SSB tax (introduced in 2014) has yet to prove effective in lowering obesity. But the preliminary results are still being used in New Zealand to argue the tax's effectiveness and [that it should be] replicated here."

A group of 70 public health officials signed an open letter delivered to Cabinet earlier this month, calling for a sugar tax. They said the government's approach to fight obesity had been "soft" and called for a 20 percent excise tax on sugary drinks, which they expected would raise between $30 and 40 million.

Health Minister Jonathan Coleman said there was no proof such a tax would work and said the government was keeping a "watching brief" on emerging research.

The report stated comprehensive sugar or fat taxes would face problems with administration, that such taxes were inherently regressive - meaning they took proportionately more money from those on lower incomes - and overlooked individual autonomy and choice.

"After all, as the saying goes, would you rather be fat and happy or skinny and miserable? Kale just doesn't have the same restorative effect as a bowl of ice cream after a hard day at work.

"If you are poor, would you rather live a long life with an expected low level of income and wealth, or live a happier albeit shorter life, eating what you want? Food taxes make that choice for you, even if you are healthy."

The report said it was "almost the ultimate insult: You might not think you're fat or need to change but the government sure does."

Asked at a media briefing for its view of the British Government's recently announced decision to adopt a sugar tax, New Zealand Initiative executive director Oliver Hartwich said it would also be bad policy.

"It's not really a sugar tax, it's a fizzy drinks tax, because some drinks are not even covered by that sugar tax - all milk-based drinks or fruit juices. They might even contain more sugar than your standard kind of Coke, but they are simply not covered.

"And so the UK sugar tax fails on a number of fronts." 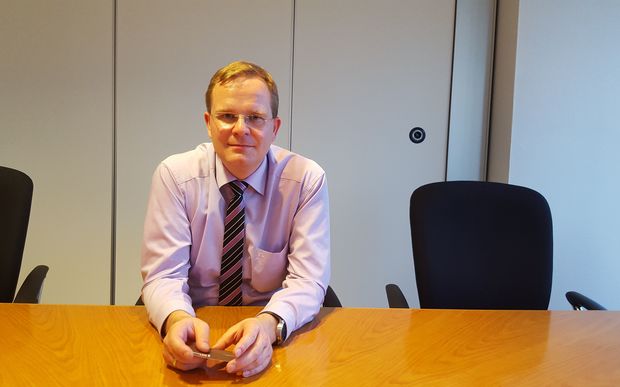 One of these was that it left open a number of other ways for people to "get their sugar rush".

The initiative leaders said clear evidence of health benefits were needed before individual freedoms were restricted, and that education was a better approach to concern about obesity.

But Auckland University professor of population nutrition and global health, Boyd Swinburn, said if nothing could be done to reduce obesity until solid evidence was available, nothing would be done, and that would be unacceptable.

"If you wait to show the effect on heart disease or lung disease or so on, then you've got to wait for multiple years. I think we would be sitting on our hands for a very long time if we followed the advice of the New Zealand Initiative."

Professor Swinburn said New Zealand had the third or fourth highest rate of childhood obesity in the developed world, and that would be "absolutely not good enough.

"This is a disgrace to the country. We need to move on it and we need to move actually before we have proof positive on many things."

He also took issue with the initiative urging education as an alternative approach.

"If you ask the New Zealand Initiative to come up with a piece of evidence that an education approach reduces childhood obesity by itself, they will come up blank."

Britain announced recently it is to impose a sugar levy on soft drinks.

Oxford University-based professor of diet and population health Susan Jebb told Nine To Noon today Britain's tax was likely to be set at around 10 percent - the same as the one in Mexico.

"The way the tax in the UK is being proposed is it will be set at different levels and be applied to the companies, so that companies who reformulate their products to reduce the amount of sugar will actually have a lower levy imposed on them."

Professor Jebb said she hoped the tax would be just one of a number of "portfolio interventions" introduced in Britain to help people change their consumption of sugar-laden drinks.

"This is an intervention which we hope is both going to send a powerful message to consumers that these drinks don't have a place in a healthy diet, but secondly it's an incentive to industry to reformulate.

"And the one thing that we really know is that the food environment that we live in, the choices that are available to us, are actually fostering poor eating habits and they need to change."

Professor Jebb also said the Mexican tax had cut consumption, primarily among the poor, of sugary drinks, and there was an increase in sales of low-sugar drinks.

She said the British tax amounted to "neat" policy.

She said trials showed half people switching to low-sugar drinks lost weight or, in the case of children, gained weight less quickly.