The company signed up to do the single most expensive building in the Christchurch rebuild is centre stage this week in a corruption inquiry in the Australian Senate. 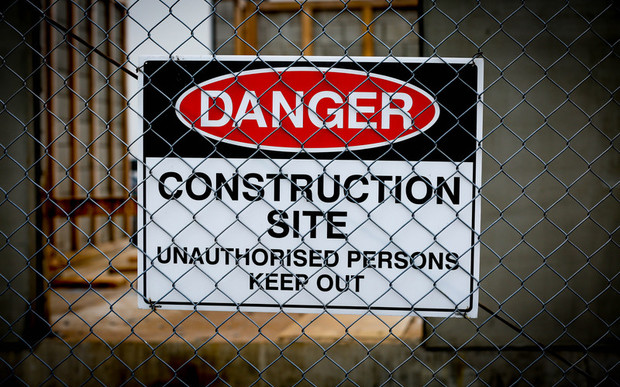 Its offshore arm has faced unresolved accusations for three years of paying tens of millions of dollars in bribes in the Middle East and Asia, including to the steel industry.

The Ministry of Health said a risk assessment did not show up any reason not to give CPB the $300 million contract.

"We are aware of some allegations against Leightons [CPB] - at that time against a company associated with them," said its director of DHB performance, Michael Hundleby.

"... A formal risk assessment was carried out by Dun & Bradstreet which looked at, you know, a whole range of issues including court actions, and that was part of the decision-making at the time...

"This company, Leightons, now CPB, has built major hospitals around the world, including the Royal Adelaide Hospital."

Leightons changed its name last year, and its management, amid the accusations.

The seismic steel for the Christchurch hospital project is bypassing the New Zealand certified supply chain, with 6500 tonnes of structural steel coming from mills in Asia and Australia and a fabricator in Thailand.

"The sourcing of the steel offshore was significantly cheaper and what we have put in place here is a rigorous testing regime to ensure that that steel is of high quality," Mr Hundleby said.

The Ministry of Health gave RNZ a detailed rundown on its testing.

The steel itself is from five mills overseas including three - in Japan, Australia and Thailand - that hold crucial certification to New Zealand standards from the Australasian Certification Authority for Reinforcing and Structural Steels (ACRS).

For the two mills that don't - in Indonesia and Korea - extra testing is being done on their steel.

The ministry also said independent inspectors from New Zealand had made four inspections at the factory in Thailand where the seismic frames were being put together.

The Acute Services Building will house operating theatres and an emergency department.

Details of the deal

Leightons has done a lot of building in New Zealand, including on big public projects such as the Transmission Gully highway near Wellington.

It won the Acute Services build ahead of three other bidders - Fletcher Construction, IPPR International Engineering Corporation in a joint venture with Metallurgical Corporation of China, and Queensland construction company Hansen Yuncken.

Instead, CPB chose American-owned Thai Herrick. It has the necessary ISO 3834 accreditation, has been told to weld to New Zealand standards, and to use the originally specified steel.

At this end, CPB's inspector is being trained in New Zealand standards by a independent inspection firm, Southern QA.

Every year, an estimated 30,000 tonnes of structural steel - a quarter of the country's annual supply - comes in prefabricated, falling outside the certified New Zealand supply chain.

HERA has also put out warnings that trying to match New Zealand standards for seismic steel using a foreign factory was "daunting." It says costly repairs have been needed on some structures that were imported already made-up.

But, so far, checks backed up by a metallurgist on the steel frames for the Christchurch hospital build have shown they do measure up.