Rental car companies are calling on the government to find a new way to collect fines from overseas tourists, and say they will help by providing drivers' credit card details. 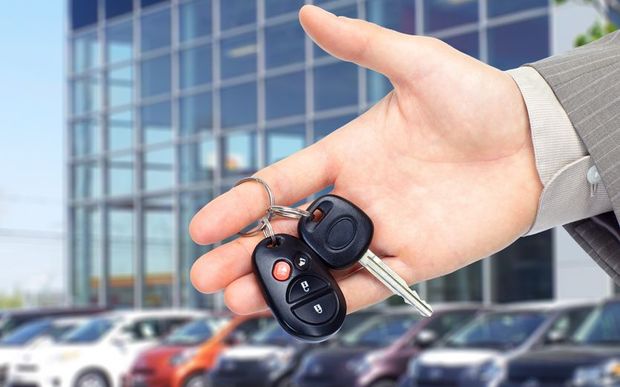 The Rental Vehicle Association said it would cooperate with a new system which could debit fines straight from drivers' credit card details. Photo: 123RF

Currently many overseas drivers leave the country without paying fines.

Local councils say that over $1.5 million is owed just in freedom camping fines and the Ministry of Justice estimates that the total amount of fines owed by people who are now overseas could total up to $30m, including New Zealanders who have left the country.

In Queenstown, the council is issuing up to 50 freedom camping fines every night but the lack of an effective fine collection system means the problem continues to get worse. The council's response has been to start clamping vehicles.

"The legislation permits the rental companies to debit the credit cards of offenders, so absolutely it's possible," he told RNZ News.

But the Rental Vehicle Association (RVA) said that while it could charge drivers' credit cards with fines, the holder of the credit card could then ask their bank to reverse the transaction, leaving the car rental company liable for the fine.

RVA chief executive Barry Kidd said the alternative was for the government to set up a new type of collection agency.

He said the current Ministry of Justice system was "archaic and paper based" and that many drivers had left the country before enforcement or collection measures could be taken.

One of the first steps involved in the current system involves rental car companies having to respond to correspondence sent to them as the registered owner of the vehicle. It can then take many more weeks for the court system to catch up with the actual driver.

The RVA has sent a letter to the government saying that they would cooperate with a new system which could debit fines straight from the drivers' credit card details.

Local Government Minister Sam Lotu-Iiga said that he was ready to consult with the association on its suggestion and also to involve other government ministries in finding better ways to enforce and collect fines involving overseas drivers.

The Ministry of Justice denies that the current system is archaic and said that there had been a move away from paper-based systems.

But a ministry spokesperson told RNZ that infringement fines could not be referred to them until 57 days after being issued and then there was another 28 days before enforcement action could start.

Over 70 agencies in New Zealand have the power to issue fines, something the RVA said proved the need for a better, tougher and faster enforcement and fine collection system for visiting tourists.