A snake has been captured in Auckland after it hitched a ride from Japan in an imported car.

The Ministry for Primary Industries was called to a used car dealership in North Shore this afternoon after a salesman saw the snake. 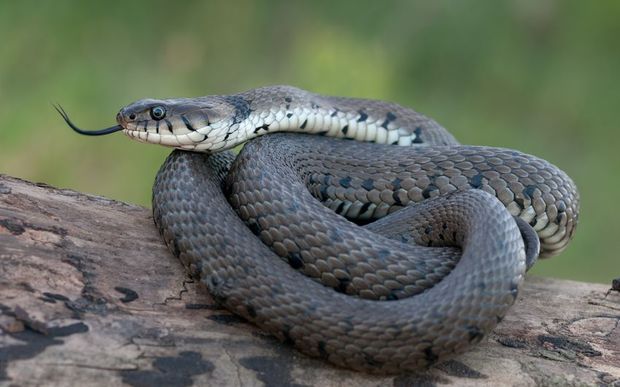 The car yard's office manager Branka McPheat said one of their salesman had spotted the snake which was around three or four feet long.

"It was just under the bonnet of the car."

The car had been imported by another company and had been put in the storage part of the yard while it awaited compliance before being taken elsewhere.

"We called [MPI] straight away as soon as we'd found out about the snake."

The ministry's manager of cargo operations, Stuart Rawnsley, said it took staff several hours to catch the snake inside the car.

"From the pictures I have seen and discussing with the guys it was quite a small snake, it literally could have hidden anywhere, but it was big enough that it was able to be recaptured with our handy snake capturing equipment once it decided to show itself."

The car had been visually inspected before it left Japan.

"It has already come through a biosecutiry process. About 90 percent of used vehicles from Japan are pre-inspected in Japan by coming through approved systems of which we monitor and audit," Mr Rawnsley said.

"We have a number of staff who are full time monitoring that process. Obviously this one has slipped through the system in Japan but the on-shore component of the system has worked as we've found it."

It was uncommon for animals to get through the screening but no system was perfect, Mr Rawnsley said. It wasn't yet clear what sort of snake it was.

The snake is to be euthanised.