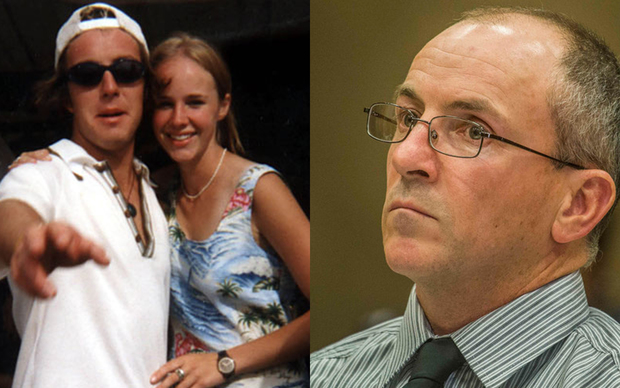 The father of murdered Olivia Hope is siding with her convicted killer over North and South journalist Mike White's role in a meeting between the pair.

He is seeking a judicial review challenging the Department of Corrections over its conditions for his meeting with Gerald Hope.

Watson wants Mr White to attend the meeting in his capacity as a reporter.

Mr Hope said conditions set out in a letter from Corrections on 3 March were that Mr White should attend as a mediator, rather than a journalist.

Mr Hope said he was originally happy with Corrections' requirements, but on reflection he is backing Watson's stance.

"With discussion and thinking more clearly about it, the root cause of the judicial review is that Mike could not attend in his professional capacity as a journalist. I think he's double-shackled - it's a most unusual condition.

He said he believed the meeting had become difficult because he was breaking new ground.

"I cannot recall a victim or the father of a victim ever wanting to meet with a convicted double murderer. Maybe there are sensitivities around that," he told Morning Report.

"But probably the root cause is the fact that a journalist is going to be there to annotate the discussions."

Mr Hope said he wanted to get back to the original purpose of the meeting.

"...For me to meet Scott Watson to have a meaningful discussion and, on Watson's side, he wanted someone that would represent his interests when the meeting took place, and [North and South journalist] Mike White was acceptable to me when it was offered."

"If they do not approve the concession for Mike to attend as a professional journalist it could well be game over. Which is maybe what Corrections want, but let's be honest, it's not what I want."

Last year, Mr White interviewed Watson for North and South after fighting a long legal battle for the right to do so.

Watson has always claimed he is innocent of the murders.

Mr Hope has said their disappearance remains "a mystery".