Special education desperately needs more funding, which should be included in the government's overhaul of the sector, parents and educators say.

The Ministry of Education says it is simplifying the $590 million system for helping children with disabilities, but there won't be any more money to accompany the changes which will be introduced in 2017.

Critics say that is not good enough, because too many children are not getting the help they need. 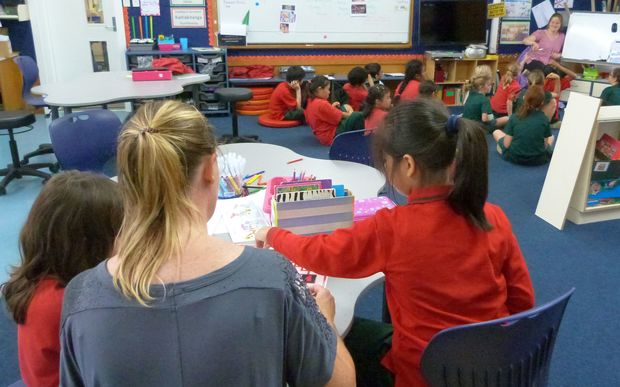 The ministry's head of sector enablement and support, Katrina Casey, said the "update" of special education would improve the system and once that had happened the issue of funding could be considered.

"Before you can talk about funding, you need to be convinced that the system itself is the most efficient and effective it can be, and we're not convinced about that. We will be able to test the various funding scenarios once we've had a good look at redesigning the system."

But the parent of a child with special needs, Giovanni Tiso, said money was a big part of the problem in special education because schools were having to use their operational funding to meet children's needs.

Andrew Bird is the principal of Muritai School in Eastbourne, and the father of a child with special needs.

Even the dedicated fund for the 1 percent of children with the highest needs was not enough, forcing schools to use money from elsewhere, he said.

"That money, which is topped up to make sure those programmes of the highest-need students are successful, are taken from the next tier down. The moderate-needs children are getting essentially under-funded because you're constantly filling the bucket of the highest-needs kids."

Principals said the situation was even tougher at low decile schools, which ministry figures showed have a disproportionate number of children with special needs.

"Definitely not, it's not enough. There never is going to be enough money to go around and we could probably forever quote the same sentence saying 'we wish we had more', but it just simply isn't enough at this given time."

"The model isn't working that's there at the moment. It needs to be changed and it's got to be done quickly.

"It's okay to take your time over doing a review or whatever you want to call it, but at the end of the day we've got people falling through the gaps right now, and they shouldn't have to."

But Education Minister Hekia Parata said she was confident there would be tangible benefits from the special education changes, without more money.

"We want to get this right. We have a vision for a system that is inclusive, we're recognised internationally as being so and we just want to continuously improve."

Funding for special education had increased 29 percent in the past six years and she wanted to make parents' access to help for their children as easy as possible, Ms Parata said.

The ministry said it was still working on details of the special education changes, but expected to introduce them in 2017.

An in-depth report on special education will air on Insight on RNZ National just after 8am on Sunday Morning.