Schools in the north Waikato town of Paeroa are again refusing to enrol a child because of his violent behaviour.

The nine-year-old boy was suspended from Miller Avenue School in the final quarter of 2015 after incidents including assaults on children and violence and verbal abuse toward his teacher aide.

He was supposed to return in late February, but by this month that still had not happened because the school, and others in the area, would not take him without more support for managing his behaviour. Instead, he is being taught by the Northern Health School.

The case is not the first time a Paeroa school has refused to teach a child. In 2013 Paeroa Central School refused to enrol an 11-year-old who had assaulted a teacher, prompting the Ministry of Education to consider dismissing its board of trustees. 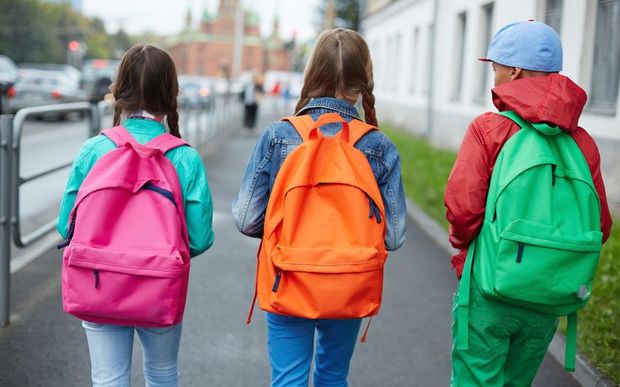 Miller Avenue School principal Kaye Ferguson would not go into details of the case. She said Paeroa did not have more problem children than other areas, but its schools needed more help to work with the most difficult cases.

"They feel very under resourced. They have huge capacity to cope with students who come within a range of problem behaviours and learning.

"But at the very severe end they find that they're not able to cater for those students in a way that helps the student or is helpful for other students in their school."

"Over the last decade there has been a continual decline and a noticeable reticence on the part of the ministry and special ed to resource students in very isolated areas. When we talk to our urban colleagues we seem not to be able to tap into resources and programmes that they're tapping into."

Schools in the area worked together closely, and they knew if one could not cope with a particular child, none of them could.

Goldfields School, next door to Miller Avenue, is a special school whose principal Gary Quarless said none of the 10 local schools avoided working with children with challenging behaviour.

"There isn't a principal in our cluster that one time or another hasn't bent over backward to try to support or accommodate a child or a family."

But principals had to be aware of the safety of children and staff when enrolling a child, he said.

Ms Ferguson said there were alternative education centres for children of secondary school age who could attend regular schools, and something similar was needed for primary school children.

"There are residential schools, but sometimes families are quite reluctant to let younger children attend those because it's a two year commitment for the child to be away.

"Something that caters for children but is more closely aligned to the community the child lives in would be probably better for these younger children."

Principals elsewhere in the country have raised concerns about children with severe behaviour problems.

Manurewa East School principal Phil Palfrey said schools were seeing more children with disruptive and violent behaviour than ever before.

"I hate it when you hear one generation says the next generation's awful. But it just seems anecdotally, we've had more six- to eight-year-old boys out of control than I've seen for a number of years."

The ministry's head of sector enablement and support, Katrina Casey, said one of its behaviour lead workers had been working with the child at Miller Avenue School for some time.

The boy had a right to attend the school and he had been due to return on 20 February, she said.

"Since then our staff have been actively working with the child and his whānau to ensure his successful return to school, and he remains enrolled at this school," she said.

"He is currently receiving two partial days support through Northern Health School. We are providing this school with support to enable this to happen.

"We are working with Miller Avenue School as well as other schools in the area with a view to ensuring this child returns to full education."

There was no difference in the support provided to schools dealing with children's behaviour, if they were in an urban or rural setting, Ms Casey said.

The ministry says its director of special education will contact Miller Avernue School today to try to resolve the matter.

It says it has no evidence of an increase in the number of violent students in schools. Stand down and suspension data over the past 10 years indicated a small but gradual reduction in stand downs and suspensions due to physical assaults on other students and staff.

The disability advocacy group IHC says children are being demonised and denied their right to an education because of a lack of special needs support.

It says it is common for schools to refuse to let a child attend class as schools often do not have the resources they need and it is not fair on children.

A complaint it has made under the Human Rights Act about the problem is likely to go to court this year.