The government is calling for mandatory reporting of concerns for all school support staff, not just teachers and principals. 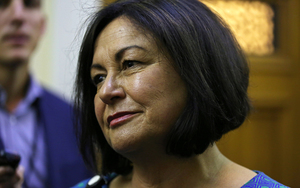 It comes in the wake of today's sentencing of a school caretaker and bus driver, Robert Burrett, at the High Court in Christchurch for sexually assaulting a dozen school-girls, aged between five and 12.

He was sentenced to almost 20 years in prison.

Education Minister Hekia Parata said at the moment only teachers and principals were reported if their conduct or competence was in doubt.

She said that should be extended to all school employees and include caretakers and school bus drivers.

"At the moment the system captures teachers and principals, but clearly in this particular case this person actually had finished in the profession and had been employed in another roles.

"So I've asked the Ministry and the Education Council to investigate extending their powers."

Ms Parata said offenders such as Burrett were exceptions and the education system recognised that.

"What we've got to do is make sure that we are alert to any possibility that this impropriety that could lead to other more serious damage is identified and reported early."

Ms Parata said she felt very sad for Burrett's victims and their families.

"Today doesn't undo the harm, but I hope it brings some measure of comfort to them."

Nothing to indicate Burrett was a risk - Ministry

The Ministry of Education says there was nothing to indicate a Christchurch school caretaker was a risk to the children he worked alongside.

Today at the High Court in Christchurch, Robert Burrett, was jailed for 19-and-a-half-years over sex charges relating to a dozen girls at two schools, including some with special needs.

The victims were aged between five and 12.

The Ministry of Education manager, Katrina Casey, told Checkpoint with John Campbell, the only complaint they had against Burrett before his offending was uncovered, involved an inappropriate comment to a child in 2013.

"We have gone right back to the 1990s, and was there anything that would lead anybody to think that this was the kind of predator that you're describing? And there is absolutely nothing."

Miss Casey said Burrett's offending was abhorrent and one of the worst of its kind against children.