Parking wardens and animal control staff are increasingly being equipped with body cameras in an effort to deter violence. 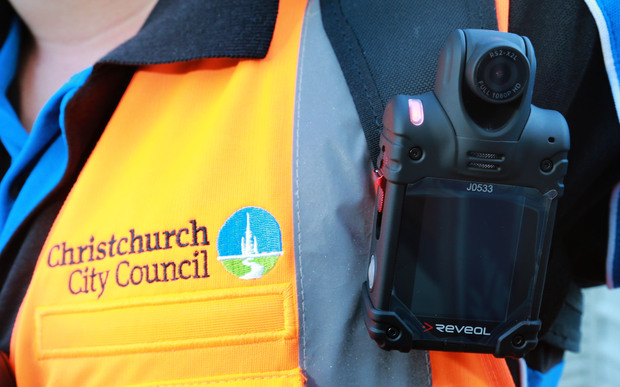 The Christchurch City Council is the latest council to equip its parking wardens with body cameras, joining Hamilton, New Plymouth and Hutt City.

The cameras will act like a dashboard camera on the lapel, with a badge advising people that they may be recorded.

The council's operations manager, Steffan Thomas, said its 20 parking wardens had been pushed, spat on and assaulted, and the cameras were a health and safety measure.

"We have had about 19 [incidents] since the start of 2015. Pretty much every day someone is verbally having a go at them, I suppose," he told Checkpoint with John Campbell.

"They are trained in de-escalation of those sorts of incidents, so they're very experienced in talking people through what is going on and that, but they're still finding they're getting that sort of feedback on a very regular occasion."

The cameras cost about $35,000. They will constantly record, but footage will only be saved if the parking warden pushes a button, he said.

The Wellington City Council said its animal and dog control officers would start wearing body cameras in the next few weeks, followed by parking wardens by the end of the year.

The cameras would only be turned on if a parking warden felt threatened, Wellington City Council spokesman Richard MacLean said.

"When we get into disputes, the footage from the cameras is going to be very useful, but also we have found that just the actual fact that someone can see the warden is wearing a camera it can actually diffuse confrontations quite well."

Parking wardens in the capital city had been assaulted and accused of manhandling people who objected to their tickets, he said.