The Commerce Commission is testing the steel mesh of the country's leading mesh maker, United Steel. 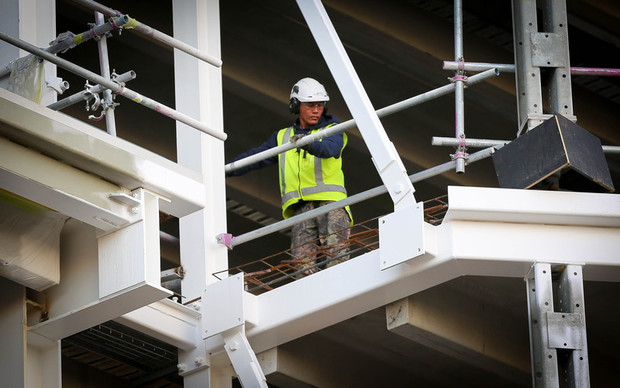 Earlier this week, it said seismic mesh from Steel & Tube, used to help buildings withstand big earthquakes, had failed its strength tests - and that company pulled its product from the market.

Mesh from a smaller maker, Fletcher Distribution, passed the tests.

No mention was made of United Steel, but today the commission confirmed those tests were also being done.

United Steel told RNZ its testing was done on modern laboratory equipment inside its two factories, and the in-house results were checked against external testing.

It pointed out the regulatory standard did not require independent testing, but it usually required an extensive database of test results, which United had.

The mesh maker said it did not expect any issues to come out of the Commerce Commission's testing.

Market affected - and testing capacity to be boosted

Steel & Tube, which like United Steel tested in-house, and a fourth company, Eurocorp, are out of the seismic mesh market as arguments go on about the tests.

Builders have warned costs could go up and the construction of houses may be delayed due to the disruption in the market.

Meanwhile, New Zealand's steel mesh testing capacity at the top level is about to double in direct response to RNZ's investigation into seismic mesh.

Two labs have applied to be screened by laboratory accrediting body IANZ, in addition to the two other labs currently accredited.

IANZ said mesh suppliers wanted to make sure their test results were reliable.

Pacific Steel, which makes the wire rod the mesh is created from, has confirmed it has now begun regular testing of Steel & Tube's mesh. It also tests Fletcher's.

Pacific's laboratory is not accredited to test the mesh, but it is regularly checked by outside auditors.