A New Zealand spider is thought to be the fastest in the world at snapping up prey with its jaws.

A new study by American scientists looked at trap-jaw spiders, which only live in New Zealand and South America.

It found that a New Zealand type called Zearchaea was able to snap its jaws shut in just a tenth of a millisecond, a hundred times faster than some other trap jaw spiders. 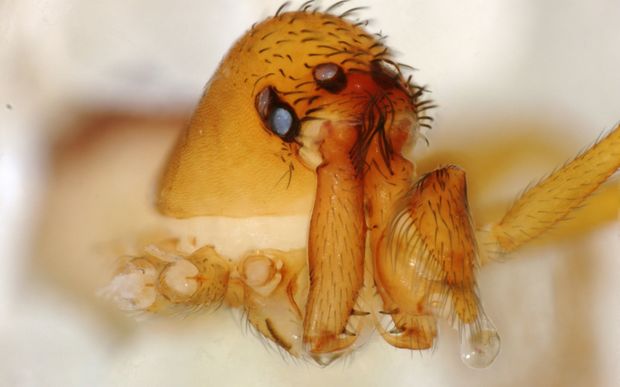 The trap-jaw spider shuts its jaw in a tenth of a millisecond. Photo: Supplied / Hannah Wood

University of Canterbury professor Simon Pollar said it might be assumed because of the spiders bite it was dangerous, but this was not the case.

"People immediately think of these fast spiders as being the most venomous. You have got to remember they're one to three millimetres long and their fangs are probably going to be something like maybe half a millimetre. I mean, it would be shocking if they were huge, the size of cows and they lived in our forests and could do this, but it's just interesting biology."

Researchers said the Zearchaea's bite was so fast, they had trouble recording it with a high-speed camera on its highest setting.

Auckland University senior lecturer Greg Holwell said it was an exciting discovery, but it was not yet known how the spiders did it.

"The power that these jaws are able to exert on what they're clamping down on is a higher amount of power then is actually possible using muscles. So there's some other mechanism that's causing their jaws to clamp that quickly and forcefully, but the researchers and certainly I don't know what that is yet."

"I can't imagine why these spiders would have evolved such an elaborate prey capture mechanism. They don't seem to have specialised in any particular prey and have been reported to feed on a range of insects and spiders."

Dr Vink said little was known about the spider, which lived in moss and leaf litter and was less than 3mm long.

"It's yet another tiny spider that we didn't really know about in New Zealand. I guess it's just the amazing mechanics of it, and in trying to understand that, maybe there will be some kind of benefit down the line, if we have an understanding of that, that we can apply to our own machines as well." 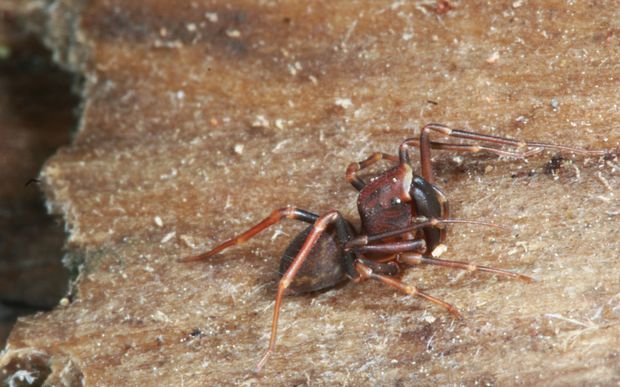 Mr Vink said there were an estimated 2000 species of spiders in New Zealand, and 95 percent of them were not found anywhere else in the world.

He said there was still much to be learnt about New Zealand's unique and unusual spider population.

"I can't imagine why these spiders would have evolved such an elaborate prey capture mechanism. They don't seem to have specialised in any particular prey and have been reported to feed on a range of insects and spiders."