ANALYSIS - Two Radio Hauraki DJs are in hot water after an on-air prank at the expense of a cricketer's mother: Deborah Stokes, mother of England bowler Ben. Did they overstep the line? 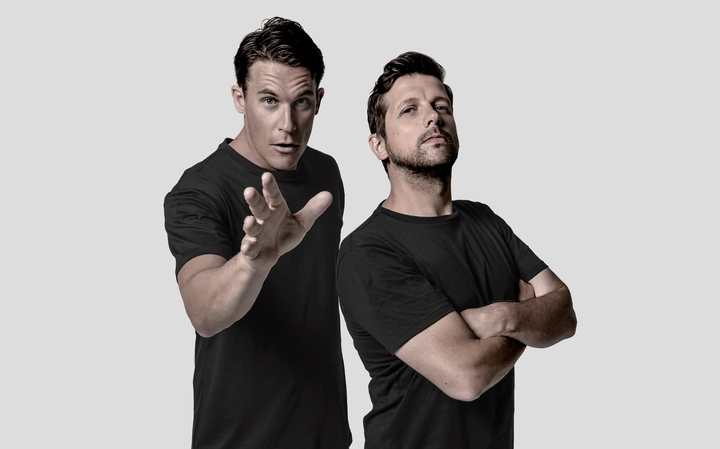 After England imploded at the death in the T20 World Cup final last Tuesday, Radio Hauraki DJs Matt Heath and Jeremy Wells had an on-air laugh at the expense of the team's New Zealand-born bowler Ben Stokes.

Stokes bowled the final over for England and was hit for four consecutive sixes by West Indian batsman Carlos Brathwaite, sealing the game for the Windies.

His mum Deborah Stokes heard Heath and Wells poking fun at Stokes' final over meltdown and called the station asking to speak to someone "off air" to complain. She was put through to Heath, who pretended to be someone else at the station.

He told her she was "off air" but the call was broadcast on Radio Hauraki. During the call she is clearly irritated and at times a bit emotional.

Radio Hauraki said their DJs had been "suitably reprimanded" and would be off air on Thursday. But this was not much of a sanction as the pair were already going to the US on a promotional trip.

Feeling remorseful for what we done. On route to Vegas for that important business trip. pic.twitter.com/8HLu8osczg

Ms Stokes later said she had received no apology from Radio Hauraki, or its owner NZME, but the company's group programme director Mike McClung said in a statement:

"Matt & Jeremy are famous for identifying where the line is and then ignoring it, however putting Ben's mum to air without her knowledge, albeit defending her son, was obviously well over that line."

A bit of fun or unfair?

It was over the line. The general rule in broadcasting is that people must be told if a conversation is being recorded for air.

Of course, prank calls, causing embarrassment and taking the mickey in general are part and parcel of many commercial radio shows. The recently rewritten broadcasting codes for radio recognise this:

"The use of prank calls as a legitimate expression of humour will usually be acceptable, but caution should be exercised to prevent undue harm to unsuspecting parties".

But prank calls are initiated by broadcasters, and permission is sometimes required in order for the broadcast of them to be fair. In this case, Ms Stokes called in and was deceived.

The fairness standards designed to ensure broadcasters "deal fairly with any person or organisation taking part in any broadcast" state:

"Broadcasters must not broadcast information obtained by misrepresentation or deception (including by hidden recording device), except where justified by the public interest."

Wells and Heath could hardly argue their conversation with Ms Stokes was in the public interest.

The standards also say: "Individuals featured in a programme should not be exploited, humiliated or unfairly identified."

If a formal complaint was laid over the Hauraki incident, it would almost certainly be upheld.

Ms Stokes told stuff.co.nz: "There's worse things that happen at sea," so it appears she hasn't been harmed by the experience. But she also said:

"I guess a little bit of trust has gone."

This is why NZME needs to be seen to take the matter seriously. The public need to be able to trust broadcasters, whether they are journalists or entertainers.

Both Heath and Wells have wider roles at the company. They hold editorial roles on NZME online video platform WatchMe and

Heath is a columnist for the New Zealand Herald, where fairness is important.

Both are also key members of the irreverent Alternative Cricket Commentary team, which pushes boundaries of taste and decency in pursuit of laughs. Top New Zealand cricketers would probably be deeply unhappy if they played fast and loose with calls from their mums on the air.