School support staff have taken their fight over this year's fortnightly pay being cut to the Employment Relations Authority.

A calendar anomaly means this year there are 27 fortnightly pay dates in the Ministry of Education's annualised pay system, rather than the usual 26.

The Educational Institute has taken the case to the authority, which heard both sides of the argument this morning. 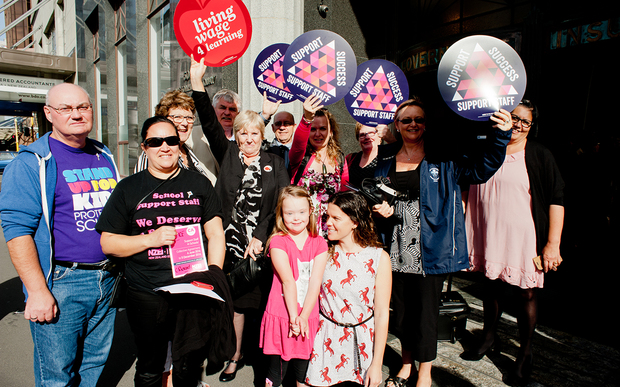 The union argues it is unlawful to reduce what the staff take home each fortnight by spreading out their pay over an extra pay cycle in the year.

The ministry says the extra fortnightly pay date will happen every 11 years, and that staff will still have the same total annual pay.

One of those affected, Susan Renshaw from Aotea College, told the authority that school support staff were already paid low wages, and this would be a further kick in the teeth.

"We're not paid that well and then to take more off us isn't cool," she said.

"Either the earth has slowed down and we've suddenly got an extra two weeks in the year or they're taking money off us which they shouldn't be doing."

The union's lawyer, Peter Cranney, described the quirk as a "monstrosity".

The Ministry's lawyer, Sally McKechnie, said it was something the Ministry could do little about.

"This is not an invention of the Ministry or something the Ministry can change - there are 27 pay periods in this year," she said.

"This hasn't been a slow fuse hiding in the basement waiting to blow today."

She said the latter two options would cause massive payroll problems.

The union has previously said that about 6000 staff were receiving 3.7 percent less in each pay. The ministry said annualisation was voluntary.