Returned and Services Associations which have already paid for a special liquor licence they no longer need will have to apply to individual councils to get their money back. 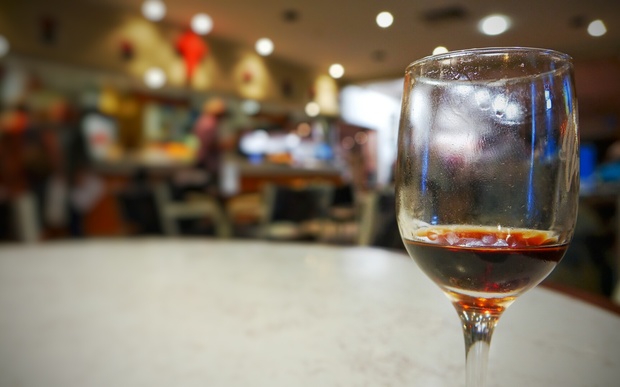 It is not clear if refunds will be given after Parliament passed legislation under urgency that means RSAs no longer have to pay hundreds of dollars a year to serve alcohol on Anzac Day morning.

Henderson RSA is one club which will be applying to see if it can get its money back, but its president Mark Cleeton said the law change is nonetheless a welcome relief for struggling associations.

"We get all ages on that day, we get hundreds of people outside in the parade... the whole area is packed and it's our one big day, it's RSA's one big day of the year because that's what we're all about.

"This year of course we've got the 100 year centenary of RSAs," he said. 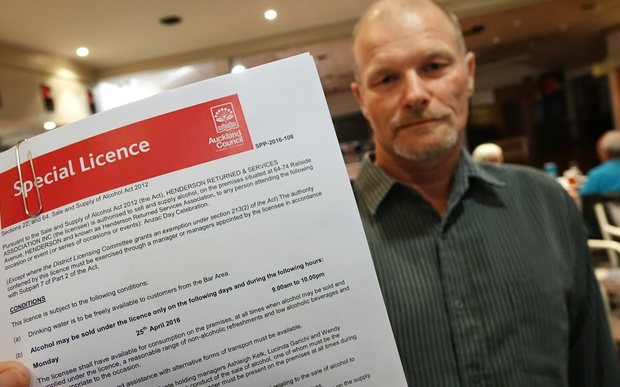 Mr Cleeton said the traditional rum and coffee on Anzac Day morning was given free by most RSAs, and every RSA will be happy they no longer have to pay to give it out.

"All clubs and RSAs are really struggling at the moment so we certainly welcome any saving if we can.

"Everything seems to be going up so it's a huge difference to us and something we don't have to worry about every year."

It had been important for the Henderson RSA to apply for and get its special licence early in case there were problems with the application.

Now that it was no longer needed, the RSA will now apply to see if it can get its money back.

MP Paul Foster-Bell who put up the legislation said it was not retrospective but that he was encouraging councils "to consider being kind" about refunds.

Ray Elder has been a member of the Henderson RSA for more than 30 years and said Anzac Day morning, and the rum and coffee that came with it, were special.

"We have the members coming out of the woodwork, normally we rely on seeing people on Anzac Day that we don't see throughout the year."

Mr Elder said it was "a very poor thing" that RSAs have had to pay to serve alcohol on the day.

"It's so much of the New Zealand tradition - Anzac Day has been put in place for a long time now and it is the big day of so many people's lives.

"Every year unfortunately you'll find individual RSAs closing because a lot of them are finding it harder financially and also a lot of their older members are no longer here, there's a lot of Last Posts going on."

Mark Williams is another longtime RSA member and said it was a silly rule requiring associations to pay for a special liquor exemption.

"I'm around 55 years of age so I'm looking back at my grandfather who was in the First and Second World War, and there's a lot of memories there.

"So that's where it's going to carry on for the younger generation below me, I believe." 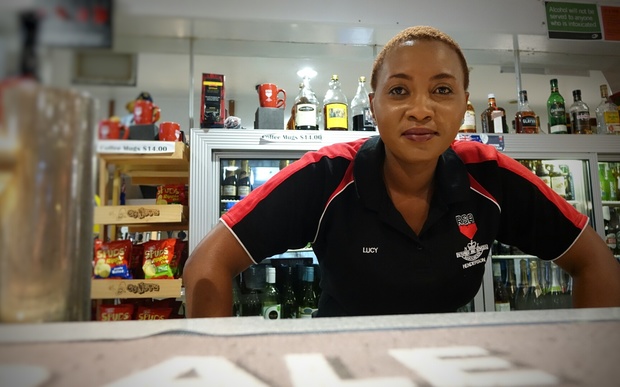 This year will be the fourth year assistant bar manager Lucinda Garichi has served alcohol on Anzac Day morning, but the first time the Henderson RSA hasn't needed to pay to do so.

Originally from Zimbabwe, she said the patrons coming to use the bar on Anzac Day morning have shown her how special the day is.

"It's just a day where I learn and appreciate more about the people that actually fought for New Zealand, which is more like a proud day for us as the RSA workers and people that work with the RSA.

"It's actually quite an important day for us because the day-to-day patrons that we see - we get to hear more of their stories that they went through."

Ms Garichi said serving rum and coffee was something that had been done as a tradition for years.

"For me I think it's just a celebration of the lives that were lost," she said.