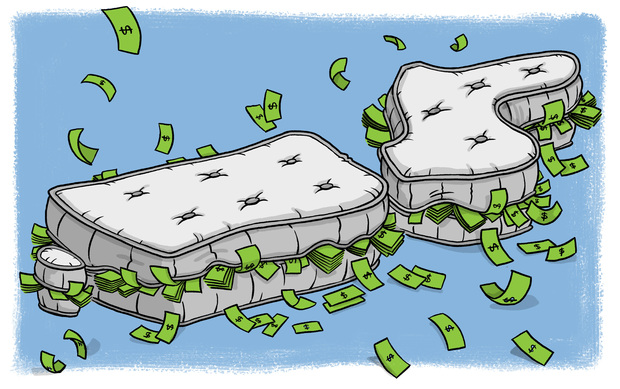 Always exciting to see New Zealand in international headlines, punching above our weight!

Yeah, nah. Hard to find anything to cheer about New Zealand's appearance in the remarkable "Panama Papers" revelations - unless, perhaps, you're a publicity-hungry agency peddling NZ-based trusts to wealthy non-residents.

How does NZ fit into the Panama Papers shemozzle?

New Zealand is reportedly referenced in some 60,000 documents in the huge leak from the law firm Mossack Fonseca. The revelations identify New Zealand as part of a network of locations in which clients - including the super-wealthy and the deeply dubious - place their funds, with the assistance of the Panamanian company, which was quick to reject any suggestion of illegality or impropriety.

Just how huge is the leak?

Yes. Hence the use of the word "huge".

Why are NZ-based trusts appealing to foreigners?

Mossack Fonseca appear to have recommended New Zealand to wealthy clients - who include the Malta prime minister's chief-of-staff and the country's energy minister - owing to trusts' tax-free status and light disclosure requirements. New Zealand, according to the Australian Financial Review, which broke the Malta-NZ story, is one of 21 tax havens utilised by Mossack Fonseca.

Woah there. NZ is a tax haven?

Of course not! NZ Prime Minister John Key has repeatedly dismissed the characterisation, while his revenue minister, Michael Woodhouse, said, "It is ridiculous to suggest that New Zealand is a tax haven, as tax havens thrive on secrecy."

So when the Australian Financial Review calls NZ one of the "quiet achievers in the ranks of global tax havens"?

What about Professor Michael Littlewood, the tax specialist at the University of Auckland, who told the NBR, "the government ... has denied that New Zealand is a tax haven, which for anybody who knows how this works is not a plausible denial"?

And his Auckland University colleague, the well-known tax expert Professor Craig Elliffe, who told Newstalk ZB this week NZ is in effect a tax haven "in this area of foreign trusts", and has previously been quoted saying "in a broad sense, we are a tax haven"?

How about Professor John Prebble, an expert in taxation law at Victoria University, who wrote in 2009 that "Since the enactment of the country's international trust regime in 1988, non-residents have come to rely on New Zealand as a safe haven for their funds, a haven that will not suddenly tax those funds" - ridiculous?

Is Martina Evans - who wrote in 2012 that "whilst New Zealand is not generally regarded as tax haven, it is just that, when it comes to offshore trusts" - also ridiculous?

Now you're getting it.

What about the Inland Revenue Department?

What about them? Did they call again? Take a message.

No. In 2013 the IRD noted: "Our foreign trust rules continue to attract criticism, including claims that New Zealand is now a tax haven in respect of trusts." The IRD is ridiculous, too?

Certainly not. It was just observing ridiculousness. Look, as the PM points out, the rules around trusts have been in place for almost 30 years. If you use a trust abroad from New Zealand, you pay tax here; use a trust in New Zealand from abroad, and you won't be bothered by our tax collector. So long as that approach is reciprocated, the system works.

And is that approach reciprocated?

So that's a matter of global coherence in taxation, not some dreadful nefarious plot.

Even then, concerns remain about the disclosure rules relating to these trusts, which number about 12,000 in New Zealand and bring in, according to the PM, about $24 million a year. There have been serious questions raised, for example, about the absence of any obligation on trustees to name those putting assets into the trusts, nor those assets' provenance or value, nor who benefitted.

Yes, there have. There have also been serious questions raised about ridiculousness.

Doesn't New Zealand's part in this controversy make us look foolish, our reputation stained in the eyes of the world?

Don't hyperventilate. New Zealand is a bit player. The spotlight is elsewhere.

Most of the early attention has been on links to the Russian president Vladimir Putin and a cellist pal of his. The Icelandic PM, meanwhile, was forced to resign after pretty much the whole country said, "Resign."

John Key is facing none of the embarrassment, meanwhile, of his British counterpart and pal, David Cameron who has been hit by revelations about his late father's tax avoiding offshore fund, and is in the middle of preparing to host a summit on how to deal with tax havens, despite dozens of British territories being implicated and the City of London having been fingered as dispensing a flood of "intermediaries" in these questionable movements of money.

The activity said to be revealed in these leaks - sum it up in 25 words.

The havens and the haven-nots.

* This column is part of a weekly series, to be published every Wednesday, by graphic artist Toby Morris and journalist Toby Manhire.