The price New Zealand Post has been offered for a 45 percent stake in Kiwibank is underpriced, a banking expert says. 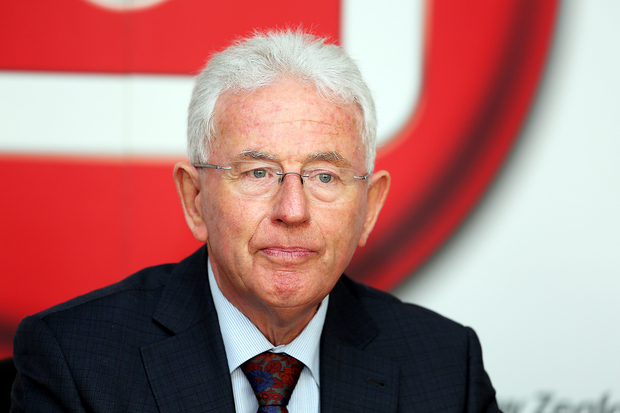 ACC and NZSF have offered to buy the stake in Kiwi Group for $495 million.

Kiwi Group has been valued at $1.1 billion.

A director and senior lecturer at Massey University's Centre for Banking Studies, David Tripe, said the price was based on the book value, not the market value.

It would retain 55 percent of Kiwi Group, while the New Zealand Super Fund holds 25 percent and ACC holds 20 percent.

"When NZ Post's chair Sir Michael Cullen approached ministers with the proposal, he explained it could give Kiwibank access to extra sources of capital for future growth and broaden its exposure to commercial expertise," Mr McClay said.

He said some of the money gained from the sale would be used to pay off debt.

The sale is indicative and is subject to due diligence.

Sir Michael said no deal had been finalised yet and it would take some weeks for a process to be worked through.

NZSF and ACC were strong potential shareholders for Kiwibank as a Crown-owned bank, he said.

The two investment funds hold more than $60b between them.

NZ Post has been struggling with an annual fall in revenue of up to $30 million, with 60 million fewer letters being sent each year. Last year it reported an underlying profit of $128m, with Kiwibank accounting for $127m of that profit.

It would raise the price of a standard letter from 80 cents to $1 and was making plans for door-to-door parcel delivery alongside everyday mail.

Mr English had previously not ruled out separating the national mail service from its banking partner Kiwibank, but said that would not involve selling NZ Post.

He said today New Zealand Post needed to reduce debt and that the government would receive a dividend from the sale.

He reiterated Kiwibank was 100 percent government-owned and that would not be changing, even if the funds decided to sell their shares.

"No sale can occur without government approval. In this case, it is right of first refusal. This government, if it was offered the bank, it would buy it back. It wouldn't sell it outside government."

Labour State-Owned Enterprises spokesperson David Parker said National had ignored the need for Kiwibank to expand and compete and to constrain the dominant Australian banks.

"Michael Cullen should be congratulated for securing a route to expand Kiwibank and keep it in public ownership, given the refusal of National to provide more capital for NZ Post or Kiwibank," he said.

He also suggested the government should guarantee it would buy any further shares NZ Post might need to sell.

Part of the funds from the sale should be used for training and opportunities for the staff affected by NZ Post job cuts, he said.

ACT Party leader David Seymour said the taxpayer would still bear all the risks of investing in a bank.

"It would have been braver and better to sell part or all of Kiwibank to private owners, following the successful mixed-ownership model applied to Mighty River Power, Meridian, and Genesis."

The government selling part of Kiwibank to other government entities was a "compromise on a compromise".

"Sadly we witness another episode of National campaigning from the right and governing from the left, and even then they have to get Michael Cullen to do it for them," Mr Seymour said.

The New Zealand Superannuation Fund declined an interview but told RNZ News that the proposed investment was a rare opportunity to take a significant minority stake in a large, unlisted New Zealand company.

"NZSF and ACC both believe we can add value to Kiwibank through our access to capital and active approach to investment management," it said in a brief statement.

It said the two Crown entities had long investment horizons and were a good fit with Kiwibank, which had compatible values and a similar investment approach.