The Army is planning to downgrade the Waiouru Military Camp with all new recruits instead going to Burnham, near Christchurch, for basic training.

The central North Island camp will remain open as a training base only, with a small number of personnel to oversee its running. 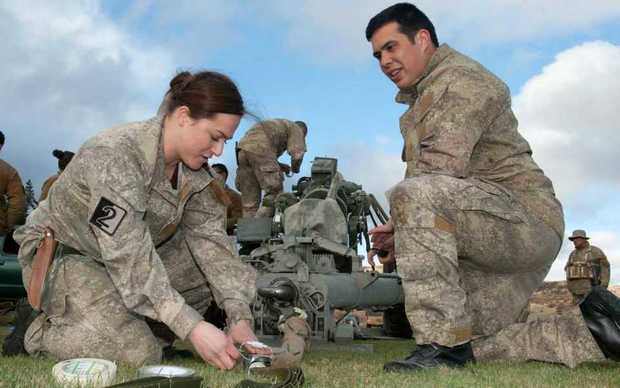 Waiouru Military Camp is to be downgraded. Photo: NZDF

Since the camp opened during World War II, most soldiers have completed their initial training there.

With 63,000 hectares of open desert land, Waiouru Military Camp is the largest training area the Defence Force and is the only place where large group live field firing can be held.

The number of permanent personnel at the camp has been reducing in recent years and is now at about 500 military and civilians.

In his column in the Army News newsletter, Chief of Army Major General Peter Kelly said the plan was to relocate the headquarters training and doctrine command, the army command school and the army depot from Waiouru to Burnham.

He said one reason for the move was the demand for less churn in postings and more choice of housing and job opportunities for partners and schools for children.

"Unfortunately, as great as Waiouru is, it cannot and will never be able to provide this level of choice. What is clear is that the majority of our Army must be located by major cities."

Karl Christensen owns the Mountain Rocks Cafe and Bar in Ohakune. He said nearby towns had already noticed a decline in the number of personnel and the planned changes would have a further impact.

"We'll notice that downturn, that impact will be immediate."

Mr Christensen himself trained at Waiouru and said it was the best training ground in the country.

Ruapehu district mayor Don Cameron said he was not concerned about the changes because the Army was working with them on other tourism opportunities in the area.

"They're obviously a big business in our district."

And further south, near Burnham, they were welcoming the news.

Selwyn district deputy mayor Sarah Walters said an increase in the number of personnel at Burnham Military Camp would be positive.

"Rolleston's been developing very quickly as it's just down the road so quite a lot of people do actually live in Rolleston and work in Burnham."

The community had been informed about the plans, she said.

The timeline was still being decided but it will not happen before 2018.