Journalist Nicky Hager is taking further legal action against the police, accusing them of snooping on his travel arrangements. 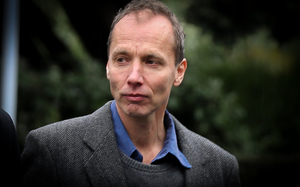 His lawyer, Felix Geiringer, said newly-released documents showed that, after the unlawful raid on Mr Hager's home in October 2015, the police went to airlines to get information on his travel plans in the hope of tracking down his sources.

"They did it all again without telling the people they got the production orders off that they were seeking to go behind journalistic privilege and all the issues that the High Court found wanting in relation to the raid on the house. And then they unlawfully tried to withhold these documents from Nicky when he made a Privacy Act request."

Mr Geiringer said if the police could go to third parties such as airlines like this, it would make it very hard for journalists to promise to keep their sources confidential.

Mr Hager has asked the High Court to hear this new claim together with his existing legal action over police accessing his bank records, as well as compensation.

The police said they could not comment on the case while it was before the courts.