ANALYSIS: Women's ability and marketability in sport has been a controversial topic since long before Billie Jean King beat Bobby Riggs in the Battle of the Sexes. This week it hit the spotlight again, thanks in part to Indian Wells' chief executive and tournament director Raymond Moore. 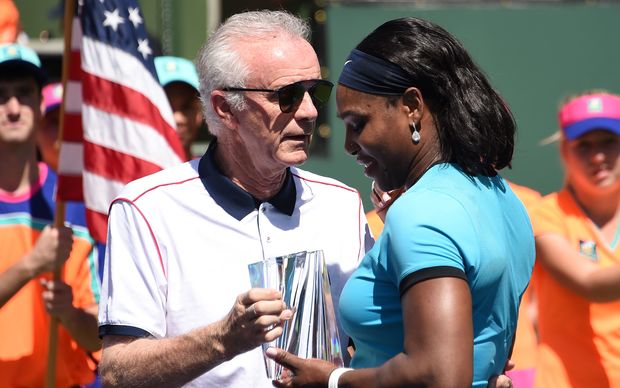 Raymond Moore presents the second place trophy to Serena Williams after the women's final of the BNP Paribas Open in March 2016. Photo: AFP

Moore told reporters that top-level women's players rode "on the coattails of the men", did not make any decisions and were "very, very lucky" to have equal prize money.

"If I was a lady player, I'd go down every night on my knees and thank God that Roger Federer and Rafa Nadal were born, because they have carried this sport."

His comments were echoed by the world men's number one Novac Djokovic. He said Moore's comments were "not politically correct" and that women players had "fought for what they deserve, and they got it", but he also suggested the men's tour should receive more money as it drew more fans. Both men have since apologised, and Moore has resigned.

Disappointed in #RaymondMoore comments. He is wrong on so many levels. Every player, especially the top players, contribute to our success

New Zealand's top-ranked women's tennis player, Marina Erakovic, said Moore's comments came as a shock - to both her and other players.

Erakovic, who is also on the Women's Tennis Association player's council hasn't felt the kind of sexism behind those comments. "I just do my thing and I've always felt very comfortable on the tour."

It's tricky because men are often physically more capable, Erakovic said. "But it's also about the entertainment value, the matches and the quality," she said, echoing world number one Serena Williams' comments that last year's U.S. Open women's final sold out before the men's for the first time. 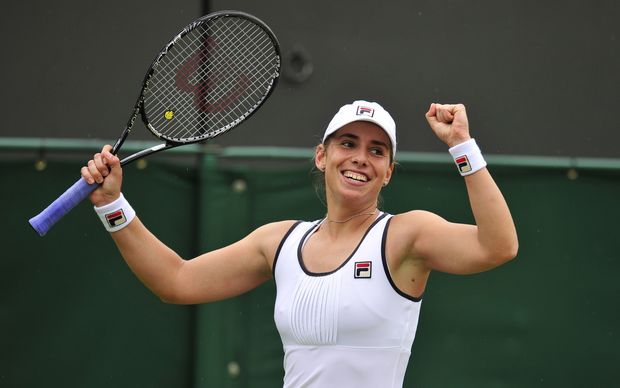 Erakovic pointed out that while prize money has been equal for about ten years, that's the case in only 8 of 60 tournaments. "Both men and women players should be grateful to the men and women who built the tour," she said, adding that wasn't just Federer and Nadal, but players like Billie Jean King and Steffi Graf.

"It's a unity thing, you know. Unfortunately, this has come out, and let's just say it's rare. Overall men are supportive of us."

"[They're] constantly fighting for the right to be televised and to get coverage, but also to be treated with the same respect as men's sport."

Not only about the prize money

Alongside the tennis, the ICC T20 World Cup is being played right now in India. The White Ferns' coach, Haidee Tiffen, has spoken about travel between venues leaving the team fatigued ahead of playing Australia.

"We left the hotel at 6am in the morning and arrived in Nagpur at 6pm in the evening. I don't know if that was the most efficient or the most economical way that we could have got there. I want to question the logistics."

The Spinoff's Madeleine Chapman highlighted that along with the travel arrangements, coverage and staffing were all in favour of the men's teams.

"This is the point where most people cry 'revenue'. No, women's cricket doesn't produce the earnings that men's cricket does. Yes, there's nothing wrong with economy class. But when you are an international sporting body holding identical tournaments in the same country, double standards become a lot easier to point out and, quite frankly, to avoid." 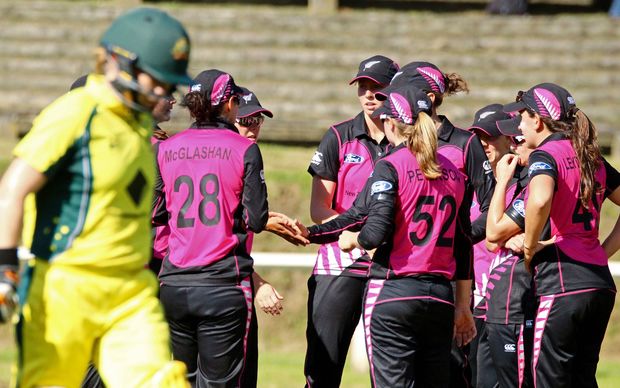 The White Ferns celebrate a wicket against Australia in the World T20 in India. Photo: PHOTOSPORT

In a statement, New Zealand cricket said that all airfares and travel were organised by the International Cricket Council (ICC) and the White Ferns had an entourage of eight support staff - comprising two coaches, a video analyst, a doctor, a physio, two security officers and a manager. The Black Caps had one more trainer, an extra coach, and two communications personnel.

Sky's Director of Sport Richard Last also said in a statement that the ICC was making 13 matches from the Women's tournament available. SKY was showing all 13 matches - 12 matches live and one on a slight delay due to a scheduling clash.

"We are yet to know how many round robin matches will feature the White Ferns - hopefully we will see them in a semi final and the final." (The White Ferns are so far unbeaten - they beat Australia despite the travel woes.)

"We know that sponsors are always looking for television coverage or a wider audience to appeal to, and men's sport keeps getting that coverage, so it is a cycle," said Dr Farah Palmer. 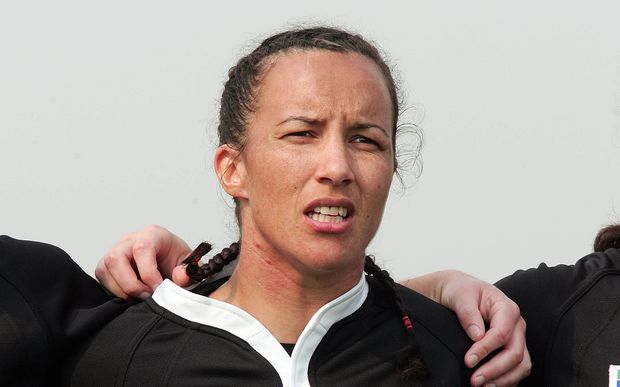 Dr Palmer said that for the sporting bodies there was something to be said for putting men's and women's sports at the same venue, which countered some of the costs, and provided women with the chance to be seen by a wider audience.

"I think this is something they are trying to do, in terms of leveraging off the interest in the men's game, and seeing if that will hopefully help with the women's game. But by the sound of it there's been a little bit of a double standard in terms of the travel arrangement.

"It's great that they have made people aware of it, and I think there'll be some pressure put on the ICC to try to change that."

Change as a priority

"If you want to be world-leading and win on the world stages, of course, that costs," she said.

Women's sport won't bring in the revenue that men's sport does, without investment in time and expertise. Where to put the resources is a balance that all sports have to strike, according to Dr Palmer.

"Should you invest at the elite level and that provides role models for these young girls and women to aspire towards or should you put some in at the grassroots, and I don't think that's an easy black and white answer."

New Zealand rugby had a goal of getting 21,000 women's players by 2020. 19,500 women now play, and the organisation is trying to get to 21,000 by the end of the year. Cate Sexton said that stemmed from NZ Rugby making the women's game a priority.

"You couldn't tell other sports how to administer their business, but New Zealand Rugby has certainly made a conscious shift in energy into making it a priority to grow the female game.

"The vision for New Zealand Rugby is to 'inspire and unify.' And that doesn't say for 'men,' it says for 'all'."

And, of course, focusing on women as well as men means there's more chance to grow the sport - whichever sport it is. Sevens' inclusion in the Olympics is a big driver behind that increase in women's participation in rugby.

"It's fast, it's exciting, girls want to be involved in it. It's certainly helped with our promotion of rugby in general," Cate Sexton said.

Whenever a sport is included in the Olympics - where there's a lot more coverage of women's sport - suddenly the amount of support it gets increases, and the standard of play increases, Dr Farah Palmer said.

"[Women's Sevens players] have all reached another level in terms of their athleticism, their commitment, and they're now contracted, so that's definitely increasing the quality and skill of the game."

For Marina Erakovic, that's what it's about. She said players and administrators were always working in this area, and while there was a long way to go, she felt tennis was on the right track.

"Sport is about pushing yourself to achieve the best that you can. Even someone who's not an athlete, that's why they're watching."

*Megan Whelan is RNZ's Community Engagement Editor. She joined RNZ in 2005, and has reported for RNZ Sport, RNZ International (our Pacific section), RNZ News and The Wireless.