A charity where a child sex offender volunteered says it only found out about his conviction after reading about it in a paper. 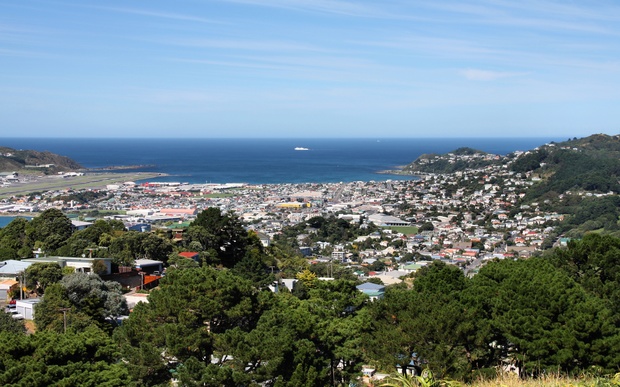 The view looking out to Newtown in Wellington F(file) Photo: 123RF

The Saint Vincent de Paul Society said it was shocked to learn of the Wellington man's sexual offending.

Vicente Ceballes faced one charge of sexual conduct with a child and was convicted in January, but the society said it was only last Friday it became aware of his offending when he was sentenced to six months in jail.

Ceballes had been a volunteer from October 2014 to January this year in the society's Newtown Op Shop.

The society's Wellington area council communications and marketing development manager, Elsbeth Hymes Hancock, said Ceballes was in a low-risk role, sorting bric-a-brac and cleaning the shop, and there was no contact with anyone who was vulnerable.

The society did not do police checks on some of its volunteer staff, but was now looking at changing that policy.

Volunteers were asked whether they had any criminal convictions and were interviewed before being accepted, she said.

"If they are approved they are then screened by an interview with our Wellington area council manager. If there are any issues we address them then, and make sure they are placed in the correct area for volunteering, or if they are unsuitable we don't take them on," she said.

"We are a society that is there to help everyone and believe in second chances, but safety always comes first."

Staff and volunteers that worked with youth were police checked.

Ms Hymes Hancock was critical of police for not letting the society know about its investigation and having to find out via the media.

"It would actually be nice to, if it's possible, to get this information from the police when it's happening, just so that we could have that awareness and know what's going on as well."

She said staff had been very sad to find out Ceballes had been convicted of sexual offending.

Ceballes left in January of his own accord, telling the society's Newtown shop manager he had managed to gain full-time employment.

Last year, Ceballes was presented with a society award for his hard work by Wellington Mayor Celia Wade-Brown.

In response to questions, police said it could not answer whether it had notified the society about the case, but would get back to RNZ shortly with an update.

A primary school where Ceballes worked was not told about the police's investigation.

Acting District Commander Paul Basham admitted in a statement police had made a mistake by not notifying the school.

"Police have procedures in place when disclosing information to schools about a staff member who is subject to an investigation.

"In this case, it was intended for the school to be informed, however as this was during the school holidays, the school was not notified due to it being closed. Unfortunately, this notification was not rescheduled by police.

"Police have contacted the school principal and the Ministry of Education to explain the situation and have accepted responsibility that we did not notify the school.

Police must work within the provisions of the Privacy Act 1993, which states police can provide private information under certain exceptions, Mr Basham said.